The Miami Herald severely chastised its own sportswriter for pushing back against NFL athletes who said that America was founded upon “racist ideas.”

Salguero added to his August 27 tweet a video of the Titans’ millionaire players complaining about the “systemic racism” in America, while justifying boycotting practice.

“I am so sick of the America bashing by people who have never lived and would never live anywhere else,” the Cuba-born columnist wrote.

Ryan Tannehill says the United States of America “was founded upon racist ideas…”
I am so sick of the America bashing by people who have never lived and would never live anywhere else.pic.twitter.com/xHgA8nHvyN 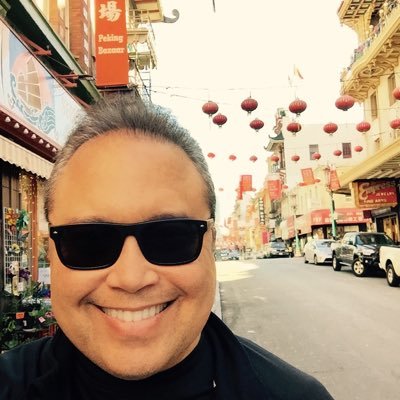 Salguero said in response to critical sports writers, “ideas upon which America was founded…freedom of speech, religion, peaceable assembly, right to bear arms, all men created equal. Now you name the racist ideas upon which country was founded.”

Mindy Marques, the Herald’s publisher and executive editor, took to Twitter to say that Salguero’s beliefs about the founding of our country “do not reflect the views of the Miami Herald.”

The right to free expression and a free press are foundational to our democracy. @ArmandoSalguero is a @MiamiHerald sports columnist and unlike reporters, columnists have broad latitude to express their opinions. Those opinions do not reflect the views of the Miami Herald. https://t.co/MAIgDrT975

However, the next day, Marques delivered a stronger salvo against her patriotic writer. After saying that she had been listening to feedback from Herald staff and readers, Marques apologized for Salguero’s “deeply troubling” and “insensitive” remarks.

She then made it clear that in the Herald’s, America was indeed founded upon racism.

We want to state an incontrovertible truth: Our country was built by enslaved people, and the very fact of their enslavement is racist. It is troubling that this factual information and legacy of injustice are not more widely understood.

We remain committed to highlighting the social injustices that still exist today through our reporting, including our recent series on racial and economic disparities.

As to the “source that is not credible,” Marques was referring to a Prager U video hosted by black educator Carol Swain. Salguero had linked to the video which factually explains what the Constitution’s 3/5th Clause means.

Salguero later sought to clarify that he did not intend to be dismissive of problems regarding racism and slavery:

As our nation grapples with racism and the legacy of slavery, I made some comments on Twitter Thursday night that I would like to address: Racism in all its forms is disgusting, wrong, and an anathema to every fiber of my being as both an American and a Christian. I believe every one of us is made in the image of God and we are all literally related, dating back to Eden. I do not deny that the truth about on-going racism or that slavery has been a stain on the entire Earth. That would be historically illiterate and immoral.

So, if anyone who sincerely interpreted my comments to suggest otherwise I assure you that is not what I’m about, and it was not my intent to cause anyone pain.