Disney princess movies are watched by many children in this country, and there are certain stereotypes that these movies build in young minds. In order for these specific movies to be productive is to provide a good moral for children to learn from. Unfortunately, almost every Disney princess movie up until very recently hasn’t had the most productive morals. A way in which a princess movie can have a good moral is to have a strong female protagonist, like a lady who is able to think and make decisions for herself. She also needs to be able to rescue herself from the conflicts in the movie, at least for the most part. This is the most important aspect because it teaches children to not feel helpless. Another important lesson for children, especially young girls, is that they don’t need to find a romantic love interest to be happy. In other words, true happiness comes from within, not from a prince. Finally, modern day princesses need to be more relatable and have less unrealistic personalities and body types. Most Disney princess movies fail at these aspects but the film, Brave, does not.

Summary of Brave (No Spoilers) Disney’s exemplary film, Brave, was released in June of 2012. This princess movie has a rather different format than the ones that came before it. The protagonist, Merida, is a Scottish princess who defies tradition throughout the film. She meets her initial conflict when she faces betrothal, which she sees as a threat to her freedom. She rebels against her planned marriage, deciding for herself that she isn’t ready to marry, and that she may never feel the need to do so. The first time I saw Brave was at the movie theater. As a kid at the time, my first thought at the end of the film was “well I’ll be darned, that sure wasn’t what I was expecting.” As someone who grew up watching Sleeping Beauty and The Little Mermaid, I was shocked. This movie shattered my previous conceptions of what composed a princess movie. This is, in my opinion, the most important Disney princess movie yet. Brave defies the stereotypical role of the princess as a distressed heroin who must be saved by an age-appropriate male and instead features a princess capable of solving her own problems in her own way. Instead of marrying a foxy male savior at the end of the movie like many Disney princesses have, Merida works throughout the film to prevent her fate, which consists of being forced to wed someone she doesn’t even know. For example, during the archery tournament in which suitors compete for her hand, Merida steps forward with her bow in hand and says, “I am Merida, firstborn descendant of clan DunBroch. And I’ll be shooting for my own hand!” She does this as a display of her rebellion against her planned marriage. Typically, even the most hard-headed female protagonists like Mulan or Belle develop some form of romantic relationship at the end of the story. To quote the article, Disney’s Darlings: An Analysis of The Princess and the Frog, Tangled, Brave and The Changing Characterization of the Princess Archetype, “Merida’s defiance challenges the romantic conventions of nearly all Disney films” (Stephens 102). I really enjoy this part of the movie as an adult because it teaches young girls, like my two younger sisters, that they don’t need to marry a prince to be happy. This is crucial for a modern-day princess movie because the misogyny associated with the “damsel in distress” type princesses is frowned upon now more than ever. Princesses need to be independent and strong, because the minds of girls and boys are shaped by these characters, and Merida is the best example of that strength. By this I mean that Merida is the strong female protagonist that Disney princess movies have needed all along. The co-director herself says in a Ted Talk that she “created a princess in Merida who would self-advocate who had self-esteem who had self-respect” (Chapman).

The Over-Romanticizing of the Princess

The psychological aspect of why this movie is positively amazing, is that it alters the way people see princesses. Merida is a skilled archer, she openly rebels against the authority of her mother, and doesn’t require help to solve most of the obstacles she runs into. Before Brave was released, my idea of Disney princess was very different from Merida. The princesses I knew were pretty, frail women who were naturally skilled singers and destined to meet a prince that would save them, or at least help them with a predicament. When I was a kid, I recall oftentimes watching the movie, Sleeping Beauty, a film in which the female character would be in a coma at the end of the story had not the wonderful Prince Philip came along and saved her by sexually harassing her while she slept. I didn’t realize until later in my life how this awful moral affected the way my mind worked. The message of the film actually altered my mindset. I wanted nothing more than to someday get married and live happily ever after, like Aurora. I associated a happy life with marriage, even though there are many other paths to being happy. According to the article, Disney Princesses Are My (Imperfect) Feminist Role Models, “The plots of these films disproportionately center on romance and love at first sight.” What the author is saying is that princess movies excessively focus on romanticizing the lead female character (Siede). Because of this, Brave was a shocker to me. Merida didn’t want anything to do with marriage from the very beginning of the film to the very end. Brave might just have been the push many young women needed to have less romanticized goals in life.

The article, Pretty as a Princess: Longitudinal Effects of Engagement With Disney Princesses on Gender Stereotypes, Body Esteem, and Prosocial Behavior in Children, expresses that along with life goals, princess movies also have the potential be dangerous for young girls’ body image. Disney princesses are always unrealistically thin, along with having perfect hair and ridiculously large eyes, which affects the way girls see themselves (Coyne et al.). Despite the fact that Merida is extremely thin, her hair differs from other princesses in that it is very large and curly. She also walks without the grace of a “lady” and has a very unrestrained laugh, which are all more realistic attributes that are actually relatable to those of us who don’t look like the “standard” princess.

To summarize, Brave is a very unusual princess movie, and Merida is quite the untraditional princess. As a person who has watched many princess movies, it is my educated conclusion that Brave is not only a good film but the best Disney princess movie. This movie shattered stereotypes and showed that Disney has come a long way. It is more progressive in its portrayal of the female protagonist, and, in doing so, it inspired more movies like it and films that are better suited for young minds to see. Brave displays a strong female character that little girls and boys can look up to and learn from. Merida is relatable in that she makes mistakes, has flaws and is extremely stubborn. She differs from other princesses because she never backs down from a challenge, nor does she rely on a man to save her. There is no romance in this film involving Merida, which I really like, because it shows that princess movies can be just as moving without the protagonist being romanticized. This movie is important to me because my little sisters can watch it and see that ladies can be independent and strong-minded without any rescuing. Their true value comes from their own sense of self-worth, not from a prince. 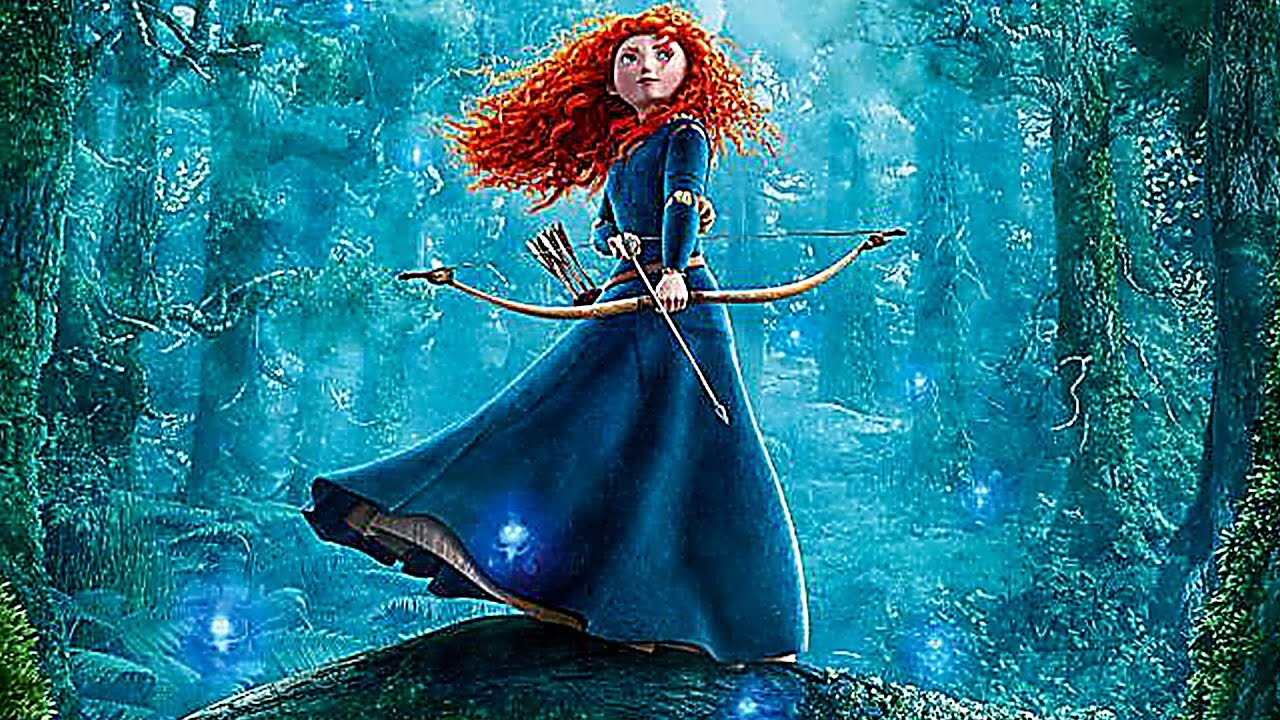 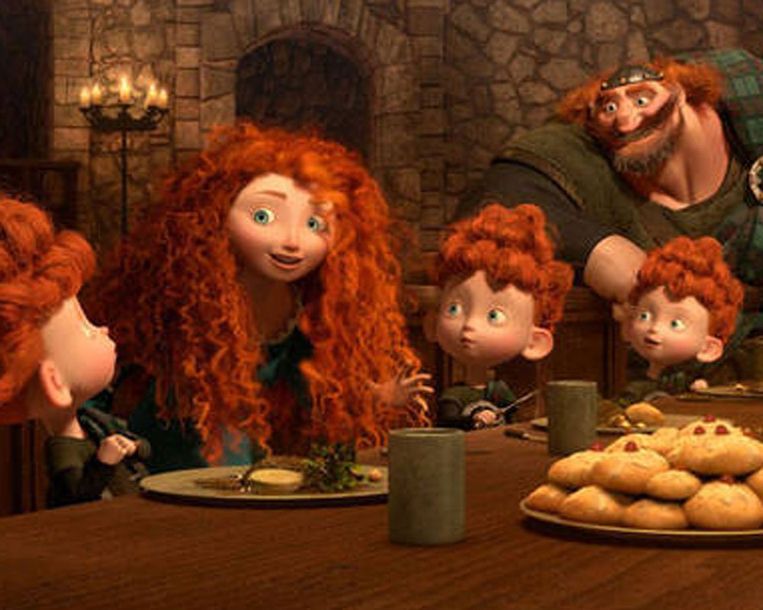 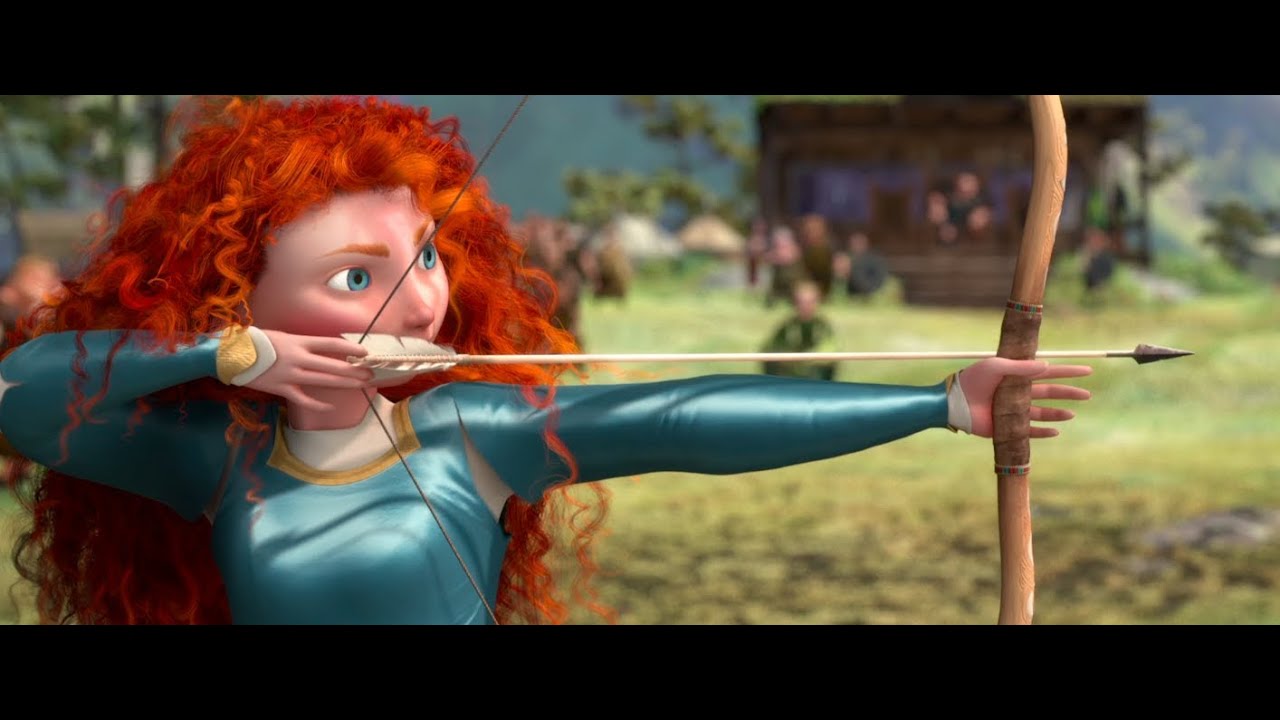 Stephens, Jena. “Disney’s Darlings: An Analysis of The Princess and the Frog, Tangled, Brave and The Changing Characterization of the Princess Archetype.” Interdisciplinary Humanities, vol. 31, no. 3, Fall 2014, pp. 95-107. EBSCOhost, search.ebscohost.com/login.aspx?direct=true&db=a9h&AN=101481692&site=ehost-live. Accessed 19 November 2018.