Michelle Claire Ryan (born 22 April 1984) is an English actress. She played Zoe Slater on the BBC soap opera EastEnders (2000–2005). In 2007, she starred in the short-lived American television series Bionic Woman. The latest tweets from @eastenderrs.

Dominic Treadwell-Collins (born 26 August 1977)[1] is a British television producer, known for his work on the soap operas Family Affairs and EastEnders, and for creating the EastEnders spin-off series Kat & Alfie: Redwater.

Treadwell-Collins' father was the son of an Irish farmer, Michael, who emigrated to London from his home near Skibbereen, in West Cork, in the mid 1960s whilst his mother, Linda, is from north London.[2] At the age of fifteen, Treadwell-Collins' father died in a drowning accident whilst on holiday at the family home in Fort Lauderdale, USA.[2] As a child, Treadwell-Collins had ambitions to work for the BBC, as he lived in Radlett, Hertfordshire, near the BBC Elstree Studios, and used to look in through the gates.[3]

Treadwell-Collins' first job in television was for the ITV crime drama series Midsomer Murders, devising means of killing off characters.[3] He moved to Talkback Thames for four years,[4] working as a story producer on the Five soap opera Family Affairs, where he was taught to storyline by Ian Aldwinckle.[citation needed] In 2007, he named the show winning the 2005 British Soap Award for 'Best Storyline' the biggest achievement of his career.[3]Family Affairs was cancelled in 2005, which surprised Treadwell-Collins, who had expected that several award wins meant the show would be extended. He felt that viewers remained 'incredibly loyal' to the series, and that it would have had greater longevity had it aired on a different channel, or been better publicised by Five.[5]

Treadwell-Collins began working on the BBC soap opera EastEnders in October 2005,[4] as a senior story editor under Brigie de Courcy, before becoming story producer in January 2007.[3] He was responsible for running the EastEnders story department, working with the show's writers to devise future storylines.[3]

In his first year on the show, he created the characters Ronnie and Roxy Mitchell, played by Samantha Womack and Rita Simons.[6] In response to criticism of the show's lack of characters with disabilities, EastEnders producers planned to introduce several actors with disabilities in early 2009.

Treadwell-Collins felt such characters are often portrayed as being 'noble or 'worthy', and suggested that EastEnders subvert this stereotype by making the new roles flawed.[7] He created the storyline in which the Muslim character Syed Masood struggled to reconcile his faith and sexuality, and his relationship with Christian Clarke,[citation needed] as well as The Secret Mitchell and the Who Killed Archie?whodunnit, which culminated in the show's first live episode in February 2010.[4]

Treadwell-Collins stood down from his EastEnders role on 25 June 2010, becoming head of development at Kudos' Lovely Day production company. The company is run by former EastEnders executive producer Diederick Santer, who commented: 'Dominic is a brilliant and original talent, bursting with great ideas and gripping stories. Many of EastEnders' best storylines and characters of the last few years have come directly from his imagination and design, and he played an integral part in conceiving and plotting the hugely successful 25th anniversary episodes. I'm delighted to be resuming our creative partnership at Lovely Day.' Treadwell-Collins stated: 'I have had an amazing time at EastEnders and I couldn't have dreamed of a better place to work. Working on EastEnders has enabled me to create some fantastic storylines and characters that have been received so well but after four-and-a-half years of life in Walford, I feel that it is time to move on and try something new.'[4]

Treadwell-Collins also created a spin-off for the EastEnders characters Kat Moon (Jessie Wallace) and Alfie Moon (Shane Richie) set in Ireland called Kat & Alfie: Redwater, which started on BBC One and RTÉ One in May 2017.[32]

Treadwell-Collins' decision to leave the show was announced on 18 February 2016.[33] He described his choice as 'not one I have taken lightly' and citied his reasons for leaving as wanting to 'move on to other things'.[33] His final work on the show saw him produce the conclusion to the Who Killed Lucy Beale? storyline and produce the death of Peggy Mitchell (Barbara Windsor). Of Windsor's request that he produce her exit storyline, Treadwell-Collins said 'When Dame Barbara comes to you to produce her final episodes, you cannot say no.'[33] Treadwell-Collins' final day at EastEnders was on 6 May 2016.[34]

Treadwell-Collins' new post as Head of Television at Blueprint Television was announced on 7 June 2016.[35] Treadwell-Collins stated his admiration of films produced by Blueprints and his excitement to 'develop their television arm'.[35] The co-chairman of Blueprint Pictures, Graham Broadbent, added that the company were 'excited to have someone of his experience and calibre to launch Blueprint's TV side'.[35]

Michelle Claire Ryan (born 22 April 1984)[1] is an English actress. She played Zoe Slater on the BBC soap opera EastEnders (2000–2005). In 2007, she starred in the short-lived American television series Bionic Woman. She appeared as the evil sorceress Nimueh in the 2008 BBC fantasy series Merlin and as Lady Christina de Souza in the 2009 Doctor Who episode 'Planet of the Dead'.

Michelle Ryan was born in Enfield, North London, and was a student at Chace Community School.[2][failed verification][citation needed]

A member of a local theatre group since she was 10, she was picked for her role in EastEnders when she was 16 and first appeared on the show in September 2000.[3] She left the series in June 2005.

Ryan was given her first acting role playing Sheylla Grands in the series TV show Chosen Ones in the first season and Zoe Slater in the BBC soap EastEnders.

During summer 2005, Ryan appeared in a run of Who's the Daddy? at the King's Head Theatre. The play, by Toby Young and Lloyd Evans, is based on the David Blunkett paternity case.

Ryan had a small role in an episode of Agatha Christie's Marple which screened in February 2006, and also appeared in a small independent film the same year, Cashback.

In early 2007, Ryan was seen as Maria in Mansfield Park opposite Billie Piper for ITV and also as Lila in the film I Want Candy, co-starring Carmen Electra and Mackenzie Crook.

In February 2007, it was announced that she had been cast as the lead in the new drama Bionic Woman.[4] The series began airing in the United States on the broadcast network NBC in September 2007. Ryan affected an American accent for the role of Jaime Sommers, except in the episode 'The Education of Jaime Sommers' in which her character goes undercover as an English transfer student at a university; for this episode, she spoke in an Oxfordshire accent instead of her natural London accent. She has had professional dance training and attributed it to helping her with the physically demanding stunts required for the show.[5] She also learned Krav Maga and sign language for the part (the latter because, as originally conceived, Ryan's character was to have had a hearing impaired sister, but this story element was abandoned). Ryan stated the show's cancellation came about because it kept changing direction, and stated it led to her being less ambitious about her career. 'I'm more go-with-the-flow now', she said.[2]

On Red Nose Day 2007, Ryan appeared in a Mr. Beansketch written and recorded for Comic Relief.

In May 2007, Ryan revealed she had auditioned the previous year for the role of Vesper Lynd in Casino Royale, eventually given to Eva Green.[6] In late 2007, she appeared in Flick, a Welsh independent film co-starring Faye Dunaway and Leslie Phillips.

Prior to Bionic Woman, she appeared in Jekyll for the BBC, a modern-day version of Strange Case of Dr Jekyll and Mr Hyde starring James Nesbitt. It began its six-episode run on 16 June 2007, and was released on DVD in the United States on 18 September 2007, one week prior to her debut in Bionic Woman.

She has also appeared as the sorceressNimueh in the BBC drama series Merlin, playing the role in several episodes of the show's first season.[7]

Ryan is signed to Independent Models in London. She is a patron of children's cancercharityCLIC Sargent.

In January 2009, the BBC announced that Ryan had been cast as Lady Christina de Souza in the Doctor Who special episode 'Planet of the Dead', which was broadcast on 11 April 2009. She had been rumoured for a part beforehand, and is open to reprising the role in future, although 'At the moment, when it comes to acting, I'm a bit of a commitment-phobe.'[2]

Ryan and Grey's Anatomy star Kevin McKidd starred in a one-off drama for BBC Scotland, One Night In Emergency, the story of one man's surreal search for his wife in an inner-city hospital. The film, which was filmed in and around Glasgow, was written by Gregory Burke, and directed by Michael Offer.[8] 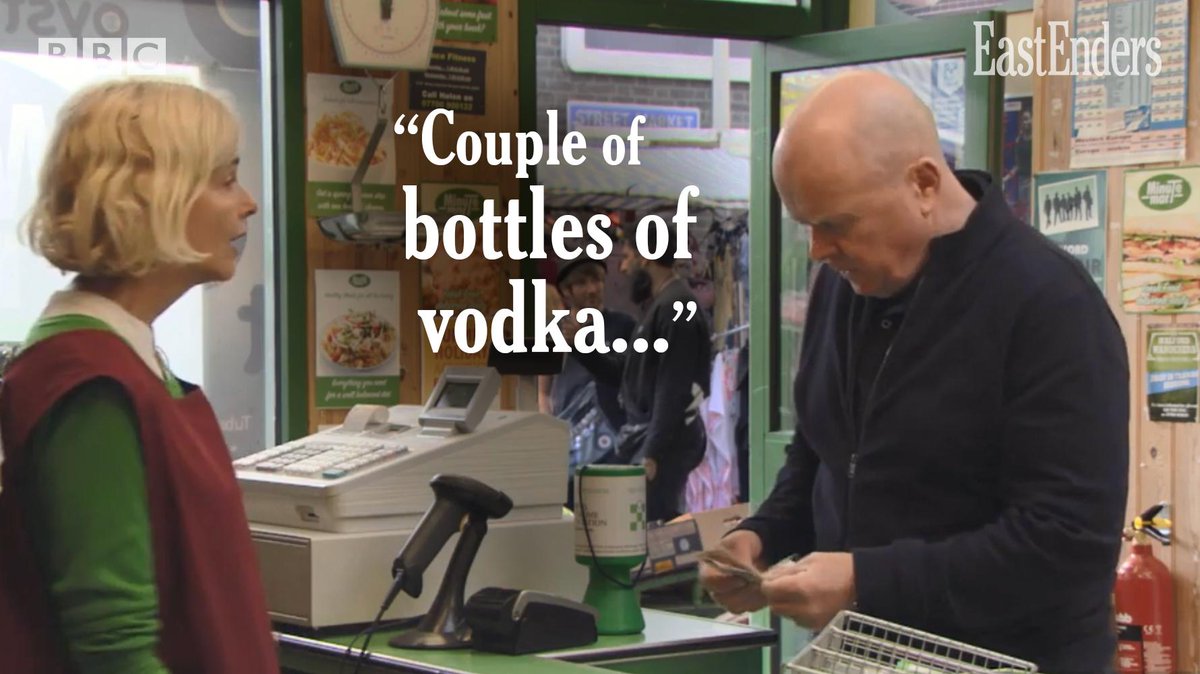 She starred in a stage production of The Talented Mr. Ripley at the Royal Theatre in Northampton until 9 October 2010.[9]

In October 2010, she completed filming the terrorist thriller Cleanskin. That same year, she appeared in the comedy film Huge alongside Noel Clarke, Johnny Harris, Ralph Brown, Thandie Newton, and Tamsin Egerton, directed by Ben Miller. Another film, No Ordinary Trifle, is in post-production. Also in 2011, Ryan played Helena from A Midsummer Night's Dream in the BBC Learning project, Off By Heart Shakespeare.[10]

2012–present: Cockneys vs Zombies and Cabaret[edit]

Ryan also appeared in Cockneys vs Zombies, a comedy horror film about a team of bank robbers fighting the undead, directed by Matthias Hoene, alongside Georgia King, Rasmus Hardiker and Jack Doolan.[11] The film was released in September 2012.

For the final months of 2012, Ryan toured with Will Young in a production of Cabaret. This production also played in London's West End.