The Evernote Corporation has unveiled Evernote 10.0, a landmark new release of its cross-platform note-creation and organisation tool. The free and paid-for service allows users to create, organise, share, and view notes across all major platforms, including the web, Windows, Mac, iOS, and Android. 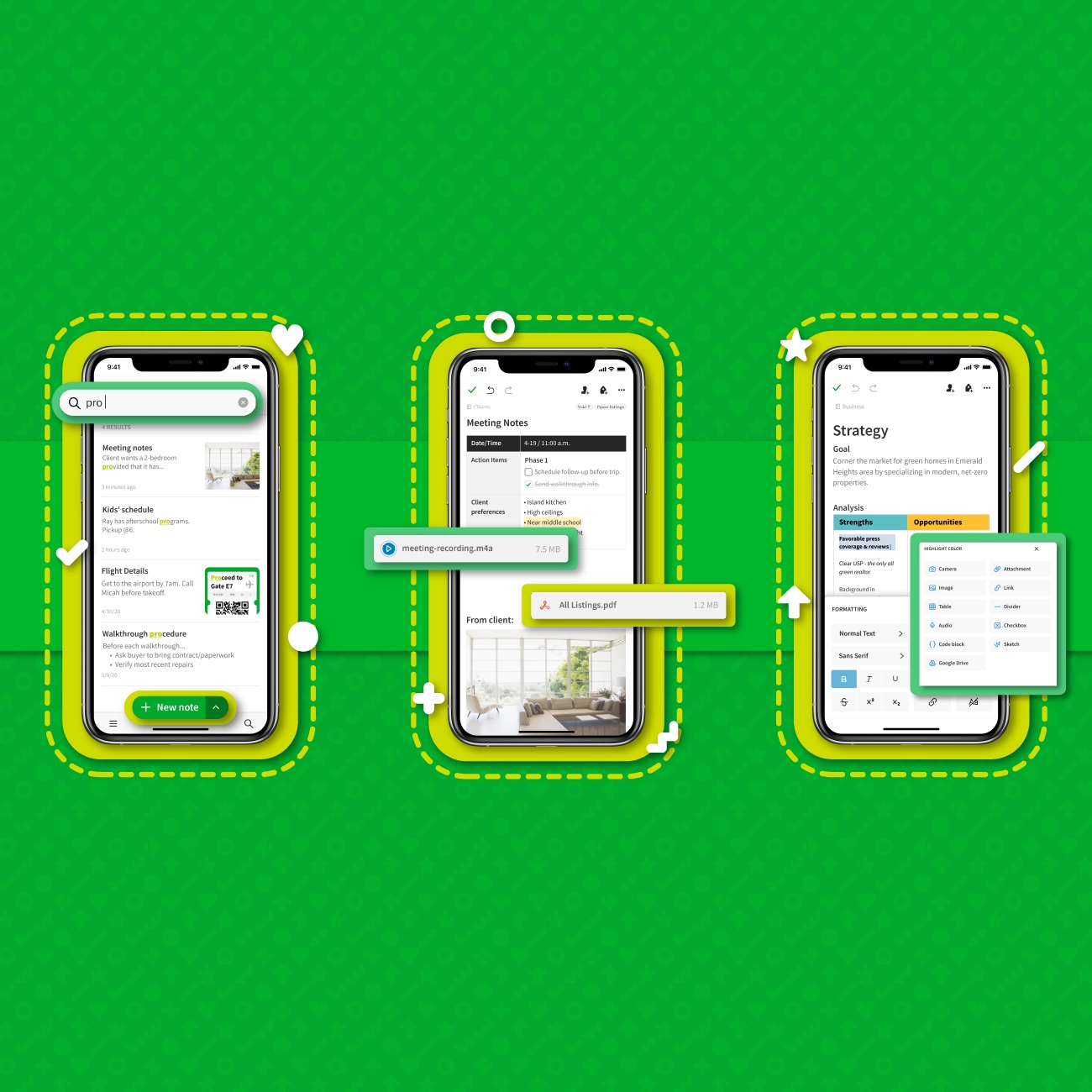 Hot on the heels of the new Evernote for iOS, we are delighted to announce the release of the new Evernote for Windows and Mac. As with their iOS and web counterparts, we’ve rebuilt the new desktop apps to make it easier for you to create notes quickly, customize them however you like, and instantly find them when you need them.

Version 10 sees the app completely rebuilt on a new codebase, with the promise of better stability and reliability. It also promises a cleaner UI that’s consistent across all platforms, coupled with additional formatting tools to provide more control over how notes look, plus an improved – and faster – search tool.

Evernote now boasts a single, unified user interface across all platforms and devices. It’s cleaner and more modern, promising to be both easier on the eye and more practical in helping users locate the features they need. Users also gain a new option to change the default width for all new notes – choose between 'Optimize Readability' for a more focused view, or 'Fit to Window' to take full advantage of larger screens. There is also a 'New Note' button, reimagined sketch tool, and support for Dark Mode.

The unified approach is partly down to the switch to a new codebase, which Evernote claims provides stronger foundations that result in fewer crashes and hangs, while new releases will ship faster not simply with bug fixes, but also new features. The new platform also promises to improve sync performance across platforms.

Users also gain improved note creation and formatting tools. Support for semantic header styles and tables provide better structure for notes, while checklists can now be indented, reordered using simple drag and drop, and more easily managed thanks to a single click or tap to mark an item as done.

The formatting toolbar has been redesigned to make the most popular tools more accessible: font styling and colours, multiple highlighter options, checklists, and links are among those easily accessible. The toolbar also gains a multi-function Insert button to simplify adding a range of rich content types, from images and file attachments to sketches and code blocks.

The update also comes with improvements to the built-in search tool, designed to speed up the process of locating hard-to-find notes. Real-time search suggestions appear as users type search terms, while searches now also support for filters to further refine them – options include tags, attachments, and URLs.

Users also gain the ability to not just combine keywords, tags, and locations within searches, but also an option to save those searches for future use. 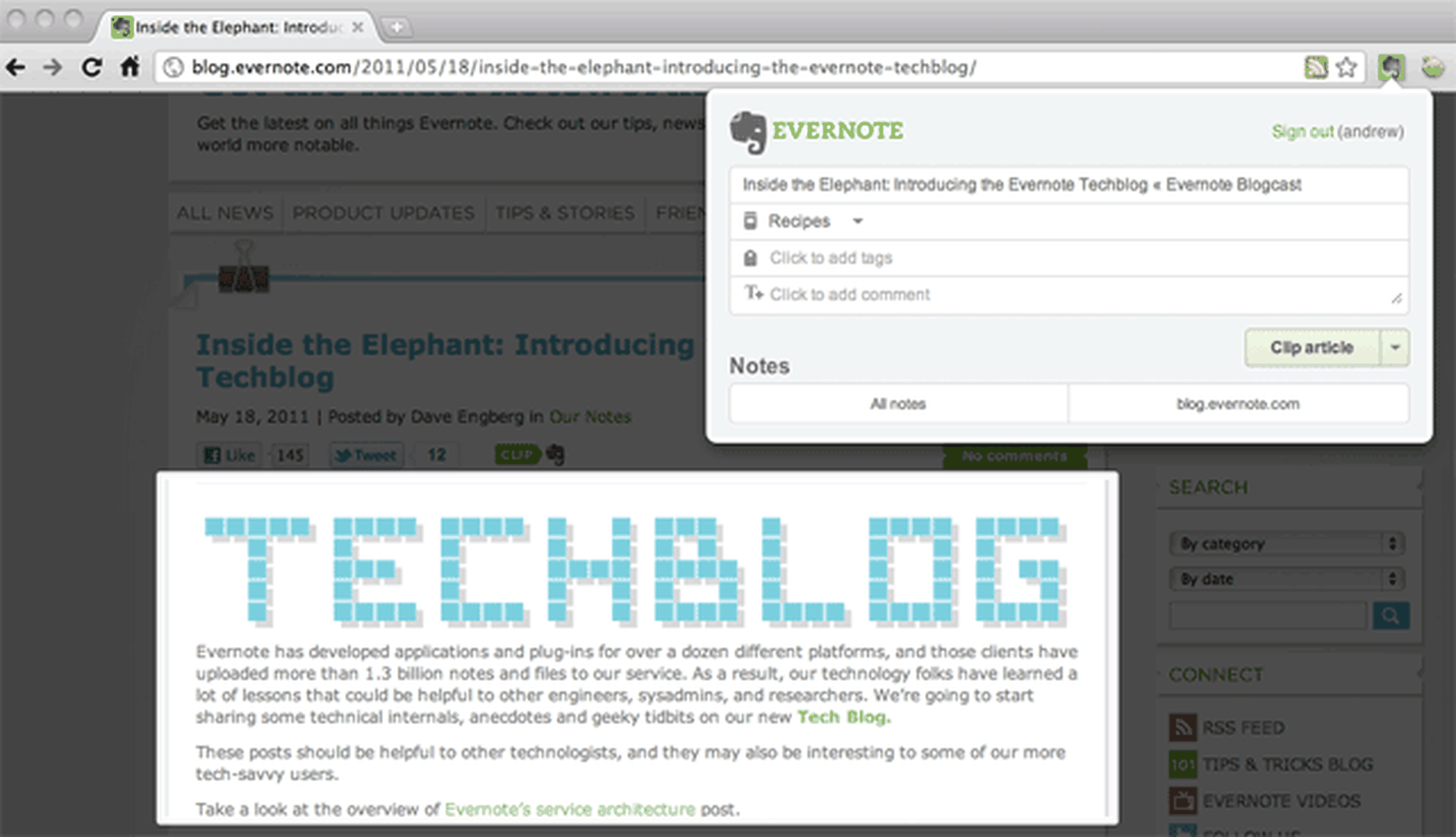 Because of the switch to a new codebase, Evernote users may find certain features have disappeared – including support for AppleScript, importing folders, and the option to edit note creation dates. Some be added in due course – keep checking the Windows and Mac release notes for details of what’s missing and what’s in development; users who need these features are directed to continue using legacy versions of the apps for now.

Evernote 10.0 is available now as a free download for Windows, Mac, iPhone, iPad, and Android. Free plans are limited to two devices and other caps (such as 60MB monthly upload limit, and offline access via desktop only); Premium plans cost $7.99/£4.99 a month.

Collect, store & share your notes and media across all your devices

Freeware
Notejoy is a fast and beautiful way for individuals and teams to capture, share, and organize their notes.
Unlike Evernote, Notejoy is built to be collaborative from the ground up
Notejoy has true real-time collaboration, so your team can edit at the same time, together.

Invite your teammates to your team library, where everyone has full access to all documents, in sync, in real-time.

We've stripped away the bloat and complexity. What this means for you: a clean and productive place to work.

Notejoy is a collaboration first environment. It helps us capture ideas like an Evernote, but then brings them to life with the whole team, making sharing, co-authoring, and discussion a breeze.