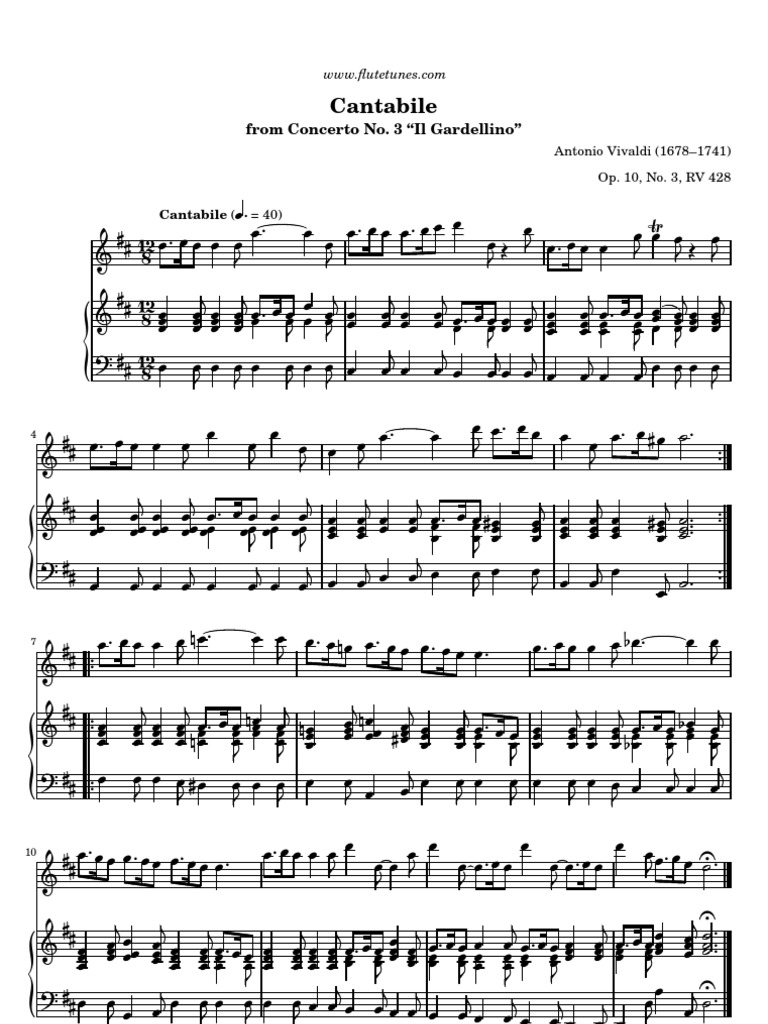 Tune of the Day: Cantabile

from Concerto No. 3 “Il Gardellino” by Antonio Vivaldi 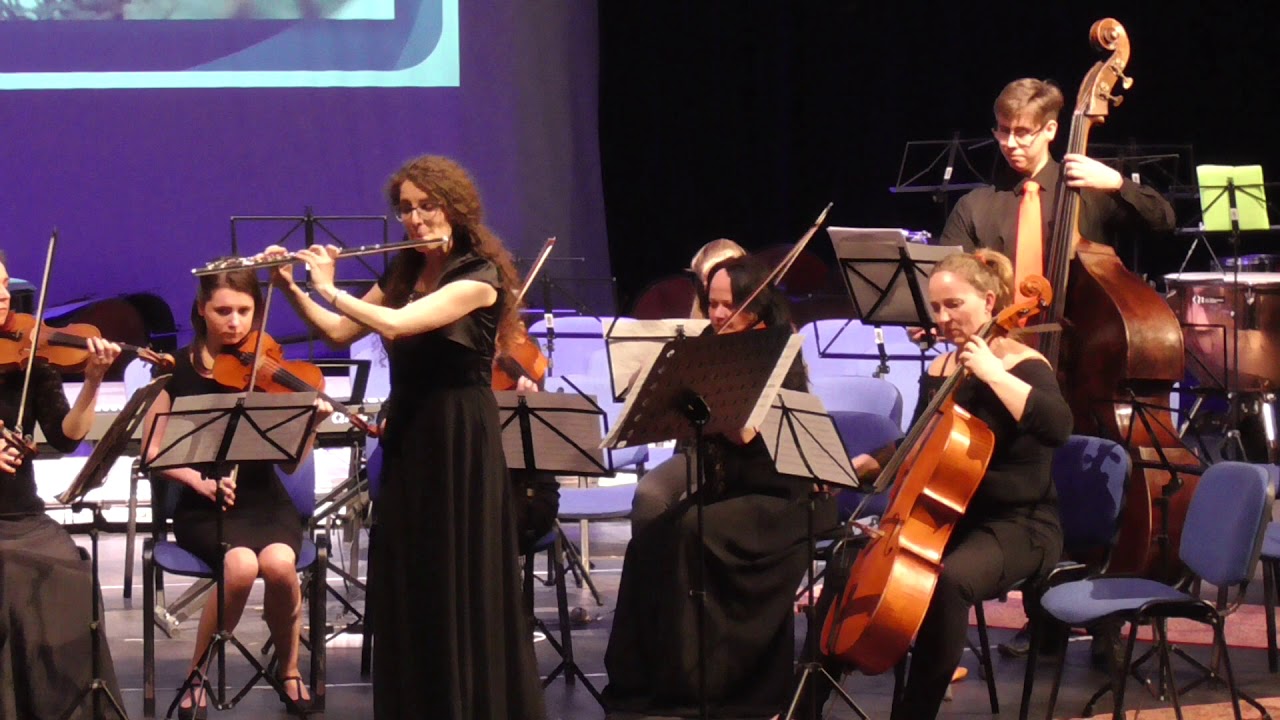 Il Gardellino is a Flemish instrumental ensemble for Baroque music, founded in 1988 on an initiative of the Dutch oboist Marcel Ponseele (NL) and flutist Jan De Winne.The name was derived from a piece by Vivaldi for transverse flute, oboe, violin, bassoon and continuo Il Gardellino, which is in Flemish the name of the songbird distelvink.

The Opus 10 concertos constitute the most significant repertoire that Vivaldi composed for flute. In Concerto No. 3 in D major, RV 428, the Italian composer demonstrates his perfect understanding of the instrument, writing trills, leaps, rapid florid passages, repeated notes, dotted rhythms, all of which evoke the warblings of a real goldfinch (a “gardellino” in Italian).

Today we present the second movement from this concerto, marked Cantabile (‛singable’). It features the flute in a beautiful cantilena in siciliano rhythm over a rocking accompaniment.

Tune of the Day: Allegro

from Concerto No. 3 “Il Gardellino” by Antonio Vivaldi

Published in 1728, Antonio Vivaldi's set of six Concertos for flute was not only the first collection of flute concertos published in Italy, it was nearly the first set of flute concertos ever published. Among these concertos, the most famous is arguably the one nicknamed “Il Gardellino” (or “Il Cardellino”), Op. 10 No. 3, a piece of program music that describes the singing of the goldfinch. The flute imitates the bird's singing, competing with the accompaniment in a series of rapid figurations. The opening Allegro, in particular, is as light and evanescent as the opening of “Spring” from The Four Seasons.