Geneshift is a top-down shooter developed by Nik Nak Studios for PC, Linux, and is available on Steam Early Access. In Geneshift players can experience brutal gunplay, insane vehicle action, and all of the perks of becoming a mutant! Geneshift is a GTA2-inspired shooter that merges battle royale and roguelite mechanics. Shoot, loot and drive through an army of enemies as you level up your mutant powers and try to survive. Play singleplayer or ride shotgun with friends firing car bombs, trip-wires, invisibility and more!

Geneshift is a GTA2-inspired shooter that merges battle royale and roguelite mechanics. Shoot, loot and drive through an army of enemies as you level up your mutant powers and try to survive. Play singleplayer or ride shotgun with friends as you fire bazookas, plasma balls, spike traps and more!

Be the last man standing in the Battle Royale mode. Each round only lasts 2 minutes!

Play through the tongue-in-cheek storyline, either solo or with up to 4 friends online.

Battle in modes such as Capture the Flag, Checkpoint Racing and Zombie Survival.

Fire pistols, shotguns, snipers, explosives... or save up for the deadly superweapons.

Rolling out with the squad

Create complex skill builds as you gain experience and permanently level up your mutant. With over 30 skills you can enjoy all play styles - deflect enemy bullets with Force Fields, go rogue with poison and invisibility, or bounce bullets off walls for that perfect sniper shot!

Place hidden chemicals to gain secret benefits, like spying on enemies and teleportation. Your chemicals are invisible to enemies but there's a really cool twist; enemies can still destroy them if they correctly deduce where you have placed them. Lots of mind games! 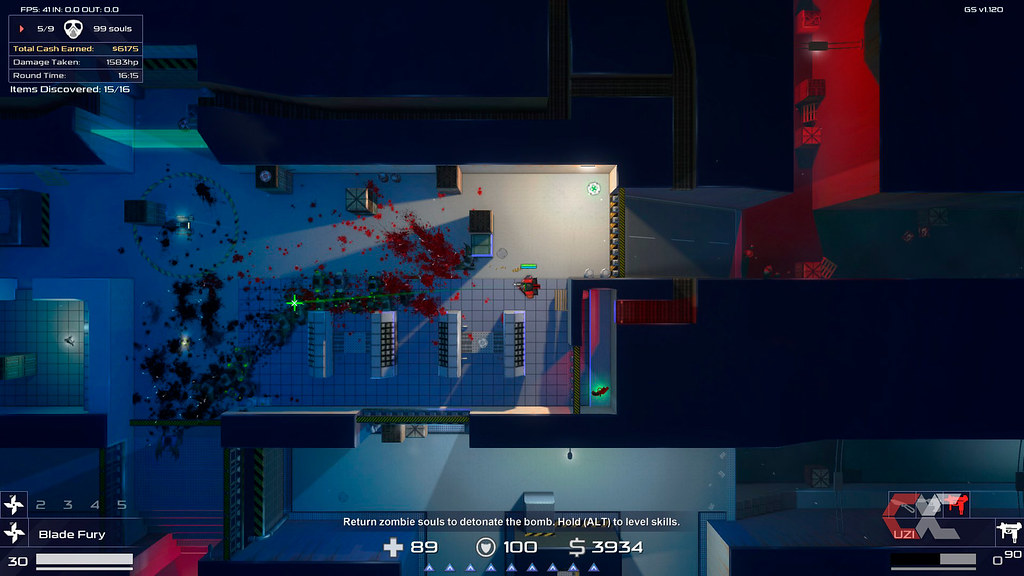 Use the Shockwave skill against a baddy

Replay the campaign in 4 difficulty levels and set high scores on various leaderboards.

Create maps with the built-in map editor. Earn credits whenever your maps are played.

Driving to the supply drop

Geneshift was first released back in 2009 under the name of Subvein. It was later renamed to Mutant Factions and now finally - Geneshift. With the help of the community it was developed as a hobby until 2014, when Geneshift got Greenlit on Steam. At this point I quit my job and spent two years living in Peru to work on it full-time. It's cheaper there (and sunnier!) and this let me stretch my savings long enough to finish the game properly. 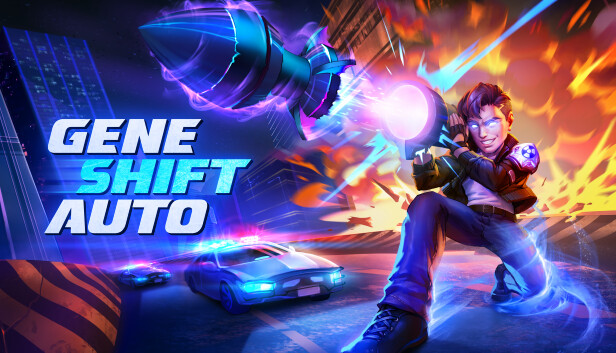 Geneshift launched on Steam Early Access on May 23rd, 2017 for both Windows and Linux. If you want to write about or stream Geneshift on youtube or twitch then please do! Monetization of your videos is perfectly fine. Go nuts! There is a demo available on Steam too. Hit me up on Twitter @Geneshift if you have any questions.