Minecraft: Windows 10 Edition is an adaptation of Minecraft Pocket Edition to run on the universal Windows 10 platform.[4][5] It contains the same features as in Pocket Edition with a few additions, and is also capable of running on devices such as the HoloLens.[6][7][8] 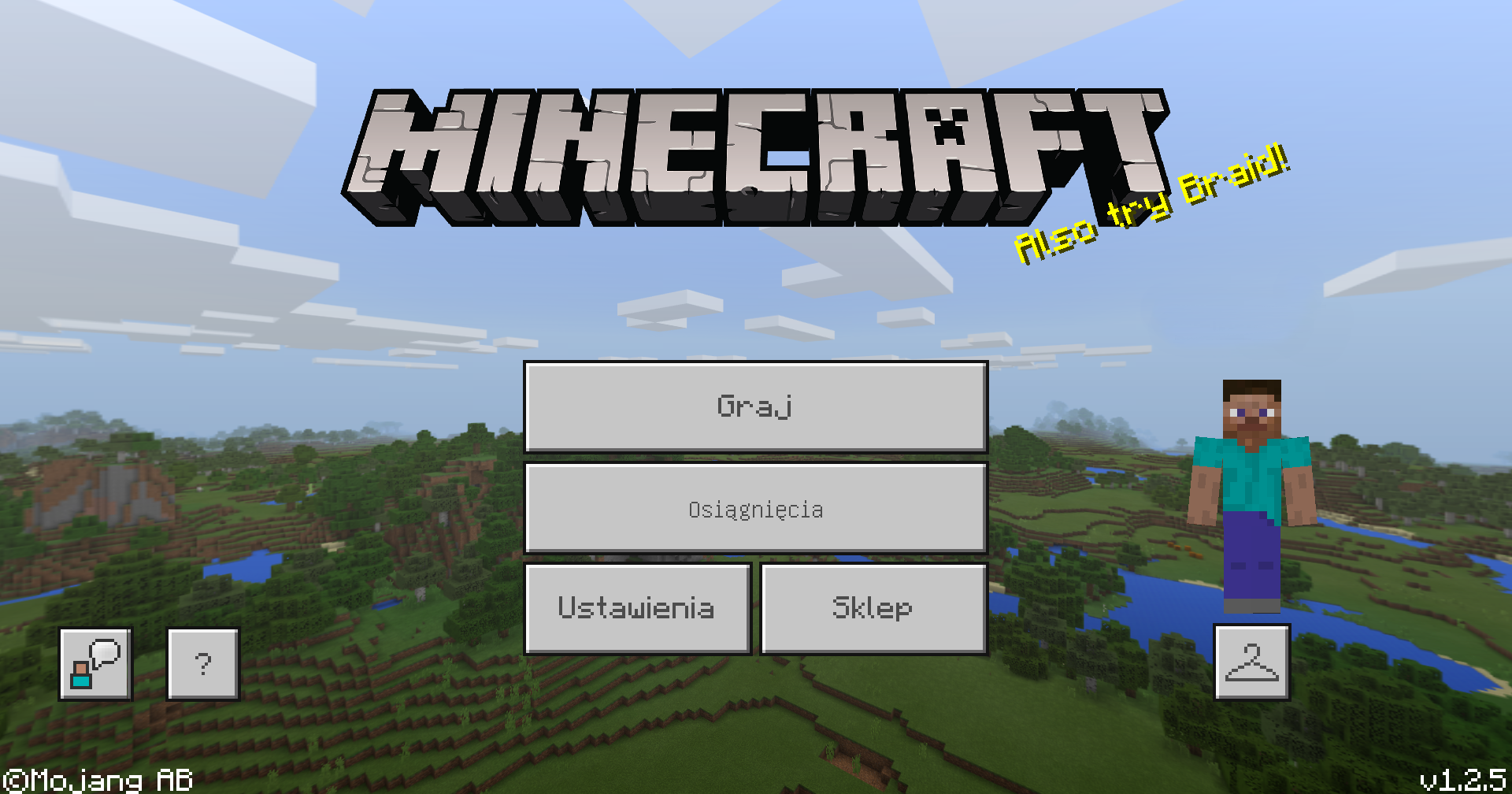 Prior to its official announcement on the Mojang blog, various promotional videos of Minecraft running universally on the HoloLens were shown by Microsoft.[9] A version of Minecraft running on Windows 10 was later demoed publically at the Electronic Entertainment Expo 2015 convention, where Lydia Winters on a Surface Pro and a Microsoft employee on the HoloLens were both playing and interacting with the game.[10]

At Minecon 2015, some additional insight was given into the development of the Windows 10 Edition. It was explained that due to being a universal app, it was not possible to run the Java version of Minecraft as Microsoft does not support universal apps in Java.[8]

The beta version is still in development and utilizes the official Minecraft feedback site to provide suggestions to the game.[11]

In addition to features existing in Pocket Edition, the Windows 10 Edition also has the ability to play with up to seven players using Xbox Live and also others using Pocket Edition through Pocket Realms or local multiplayer with an update that was released shortly after the initial beta version.

Some other additional exclusive features include multiple control schemes, a player feedback feature, and the ability to record and share gameplay with Windows 10's built in GameDVR.[4][12]

Jens Bergensten initially tweeted after Microsoft's Windows 10 event on January 21, 2015 that a holographic version of Minecraft was being developed. It was stated that two Minecraft projects were being made, one being 'a toy' and the other being 'closer to the game.'[13]

A HoloLens and a Surface Pro 3 could be seen at Microsoft's segment at the E3 2015 convention, wherein both devices demoed were running the Windows 10 Edition of Minecraft and were seamlessly playing together.[10]

Two different playable modes were shown, one being a 'wall' mode where a player can use an Xbox controller to interact and play with a conventional Minecraft world that was being projected holographically onto a wall. It is possible to resize the projection and also to fix the projection into place which allows for peering through from the left or right to get a different perspective similar to that of a window without the need of a controller.[14] The other was a 'reality' mode in which players are able to project a world in 3D atop of real-world objects such as a table without the need for a controller.

In reality mode, players are able to use voice commands and hand gestures among other features of the headset to interact with the world. It is possible to target specific areas of the map with voice commands by glimpsing towards them, for example looking directly at an object and using a command such as 'lightning strike' would summon a lightning bolt relative to that area. Another example is the ability to 'markup' an area by looking at an object which creates a vertical beam of light similar to Beacons. Voice commands can also be used to change the view of the world and allows for following a player with modes such as 'close up' or 'overview' to change how close the camera is to the player. Hand gestures such as pinching can be used to zoom into a particular area, pan around the world and also to move the world vertically.

The Oculus Rift version is an adaption of the Windows 10 Edition, containing all of its features in addition to being in full 3D. It is purchasable from the Windows store and the Oculus store.