Zerochan has 21 Nachetanya Loei Piena Augustra anime images, wallpapers, Android/iPhone wallpapers, fanart, and many more in its gallery. Nachetanya Loei Piena Augustra is a. Plot Summary: When the Majin awoke from the depths of darkness, the deity of fate chose six heroes and bequeathed them with the power to save the world. Buy ensky Rokka Braves of The Six Flowers Nachetanya Card Game Character Sleeves Collection EN-126 Anime Yandere Girl Heroes no Yuusha Nashetania Loei Piena Augustra Saint of Blades: Protective Sleeves - Amazon.com FREE DELIVERY possible on eligible purchases. Kyouma(凶魔,Kyōma?), lit. 'Evil Demons', called fiends in the anime adaptation, are the monsters spawned from the Majin with the purpose of killing humans. Kyouma are made of a core inside a physical body. A common characteristic to all Kyouma bodies is a horn on their head, apart from that, they can take many different forms in infinite combinations of animal and human-like features.

How would you rate episode 12 of
Rokka: Braves of the Six Flowers ? 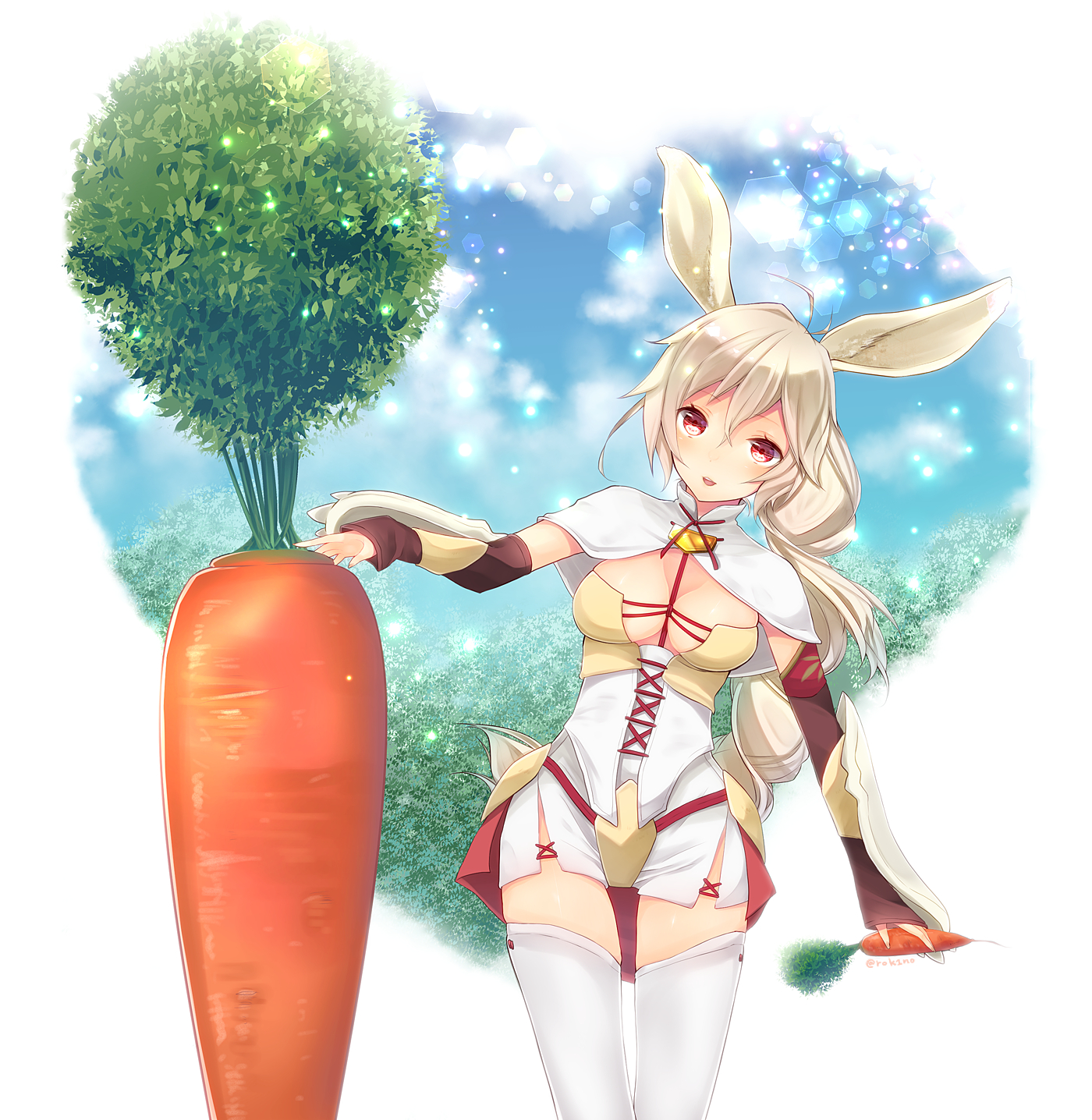 It's all over. The barrier is down, Adlet's name is cleared, and the Seventh Brave has made themselves known. At first, everyone suspected Maura for her insistence on hunting down Adlet. However, Hans and Chamot managed to uncover some convincing evidence in her favor. Chamot dug under the temple's floor to find a spare set of instructions for activating the barrier. In order to do so, you need to break a set of stone tablets that were already shattered when Chamot arrived. Maura and Hans arrived after her, so the traitor had to be one of the initial four. Adlet, Flamie, and Goldov immediately realize the culprit's identity: Princess Nachetanya.

So the bunny-girl is the big bad, as it should be. Too much time has been spent establishing her sketchiness for it to have been anyone else by this point. At first, she plays innocent, but when she realizes that there's no convincing Adlet, the façade falls away. Her sudden stoicism conceals a barely-contained instability. At some point, Nachetanya became one of those fiend sympathizers that were mentioned earlier in the series. As such, she believes that humans and fiends can coexist. In order to achieve this peace, however, she'll need to foil the Braves' efforts to defeat the Demon God and sacrifice some 500,000 human lives. It's “an extremely small number of victims,” in her words. At this, Adlet sends out the order to kill her, and they all attack (minus Goldov.) Instead of dying, Nachetanya turns into dust and blows off in the wind, laughing. This is supposedly a “high level fiend technique,” so it looks like some experiments have been performed on her to enable fiend powers. Adlet blacks out. When he wakes up, the barrier is down, and Maura is tending to his wounds. With Nachetanya's plan foiled, the Braves prepare to head into the Land of Howling Demons. That is, until a young woman in cow-print armor runs up to them. She's the Saint of Fresh Blood, Rolonia Manchetta, and she was trapped outside the barrier on the way to meet up with her fellow Braves. You read that right, there's another seventh Brave, and we've got to go through this whole dog-and-pony show all over again. By now, however, the Braves are sick of being at the temple, so they decide to figure out who the new traitor is on the way to the Demon God. Since Adlet is the only one they can all trust, (or can they…?) he's appointed the new leader. Adventure ho!

At this point I will admit that with no further mystery left to untangle, I did look up spoilers between these last two episodes. Since I now have knowledge of what happens later on, I can say that, in hindsight, this ending is nowhere near as bad as it originally seems. If I didn't know about events going forward, I wouldn't like it. Nachetanya's motivations are underexplained, and Rolonia's existence seems like an incredibly cheap twist. Without spoiling anything, I can only assure you that it's going somewhere better in the grand scheme of things. However, if this is all the animated Rokka that we ever get, I can't blame people for remaining dissatisfied with this ending.

Rokka's true narrative gimmick is that it establishes rote setups only to subvert the heck out of them in dramatic fashion. It does this with genre, too. This first season looked like it was going to be an action-adventure, only to become a locked room mystery instead. The next season (if we ever get it) will mess with our expectations for a second mystery. Without getting too specific, further events also made me eat my words regarding my criticisms of the story thus far. Some of the things that seemed iffy are in fact intentional, fully addressed by the story later on. Light novel author Ishio Yamagata is a talented weaver of plots on both a textual and metatextual level. Despite everything that this ending may suggest, Rokka is not a one-trick pony.

That's not to say that this ending isn't flawed. We needed a better explanation for Nachetanya's motives, some catharsis with Goldov, and probably a climactic action sequence. All of these could have fit into the episode's runtime. I think this wasn't done for production reasons – the episode struggled to keep characters on model even during static group shots. I can't imagine the trouble they'd have with new backgrounds or God forbid more CG Fedora Lizard. Character-wise, Goldov is still the odd man out in this six/seven/eight-man band. He's Nachetanya's loyal retainer who is also desperately in love with her. From her ending sequence, we can infer that she saved his life at some point. Most of the pathos surrounding her betrayal should be about him. The person he worshipped turned out to be a duplicitous monster with ambitions towards genocide. That's a serious emotional wound. To make this more effective, they should've crammed his backstory in somewhere or given him a more active relationship – even an antagonistic one – with any other character. Even his jealousy of Adlet has been mostly private. He's the character I want to see the most out of in a future installment. We also needed more information on Nachetanya's motives. I think enough was foreshadowed about the moral ambiguity surrounding fiends for her character to be plausible, but some sort of explanatory flashback would've been better. Again, the horrible production problems are likely to blame. There has to be a story behind them. It's the final episode, and they couldn't spare enough resources for anything even slightly impressive. I'm used to shows dipping in the middle, but this is rare.

I do want to see more Rolonia. We only got a few minutes of her, but she's instantly endearing as a cute, timid, little chubby girl dressed in cow armor who controls blood. That sounds fantastic. She also seems to know Adlet, to Flamie's dismay. They've been a couple for all of half a day and she's already feeling possessive. Considering what she was like before, that's pretty cute.

Ultimately, Rokka: Braves of the Six Flowers will have to be remembered in terms of what comes next. If we don't get a sequel anime, then this will be a well-written mystery hiding inside a woefully incomplete fantasy story. Right now, it's like only ever getting the first Harry Potter novel – it's a simple mystery story with a promising world and conflict that remains unrealized until later entries. If there is more to come, then this will be the competent, foundational first leg of a complicated fantasy epic. It's a coin toss. I enjoyed watching Rokka and appreciated the passion (heh) put into its production. Passione is a fledgling studio, and Rokka is their second show after Rail Wars!. The art and cinematic direction were consistently fantastic. They invented the world's Mesoamerican aesthetic and made entire episodes of people sitting in a room and talking more thrilling than they had right to be. It's too bad about that animation. Hopefully this will do well enough for them, and they'll be able to keep on making more shows. (Especially Rokka.) I'm hooked on this series – it's all just a matter of whether there's more supply coming. You can't leave me hanging like this, Passione. 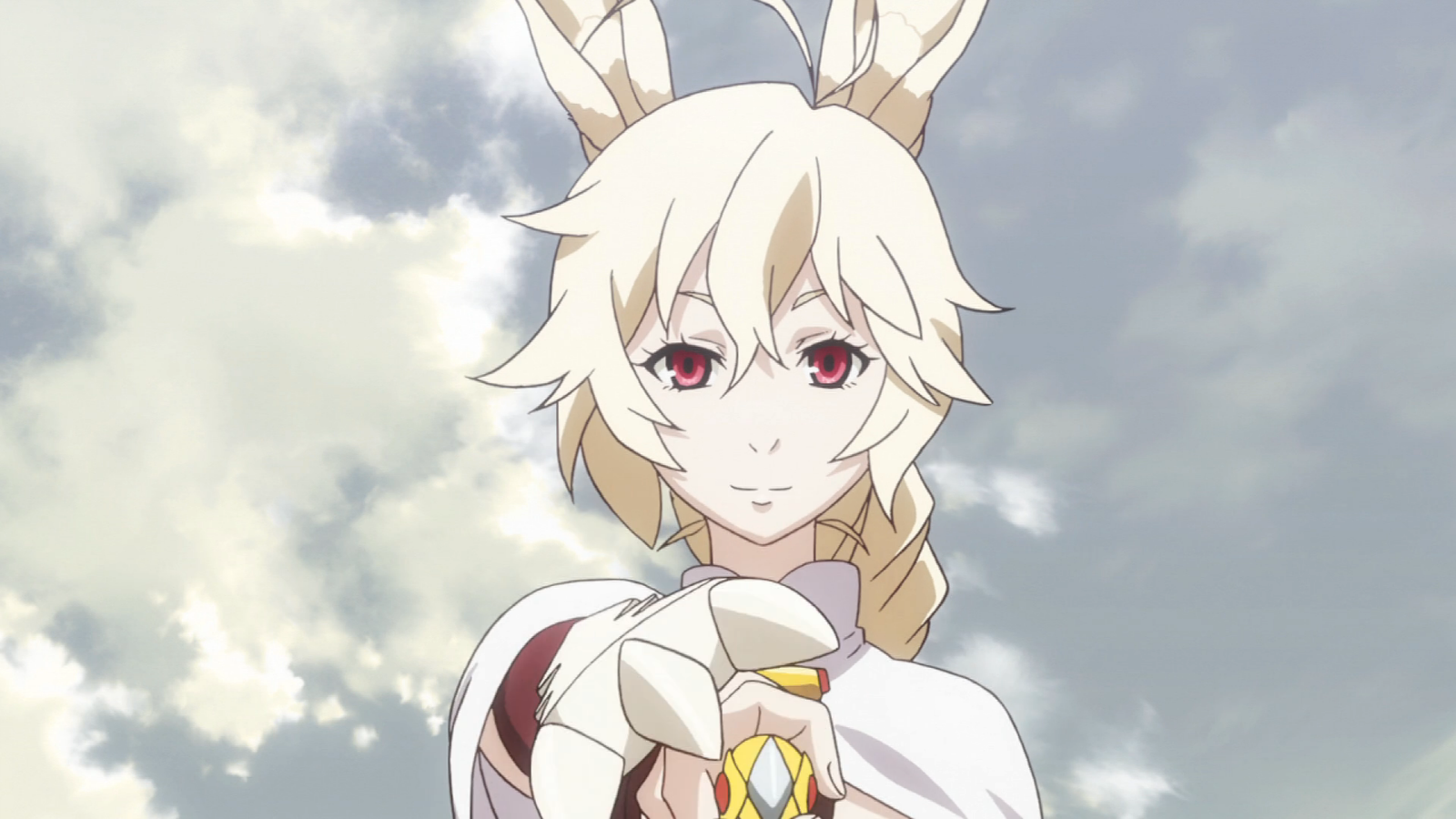 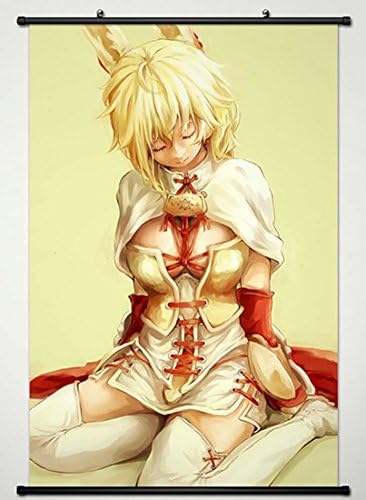 Rokka: Braves of the Six Flowers is currently streaming onCrunchyroll.

discuss this in the forum (408 posts)

back to Rokka: Braves of the Six Flowers
Episode Review homepage / archives