'10 Cripplingly Obvious Facts About Donald Trump Every American Must Accept'. Keep Current with Seth Abramson. Stay in touch and get notified when new unrolls are available from this author! Twitter may remove this content at anytime!

Donald Trump’s presidency is often compared to a TV show. Season 1 started with the election and ended with the firing of James Comey and John McCain’s dramatic “no” vote on the Senate floor. Scaramucci was the quirky, quickly abandoned character brought in to lighten up season 2, and the Flynn plea deal, coinciding with Trump’s tax cuts, capped the season off with both triumph and foreboding. Michael Wolff’s Fire and Fury kicked off season 3, and it was a ratings bonanza. But to hear Seth Abramson, assistant professor of Communication Arts and Sciences at the University of New Hampshire, tell it, TV is the wrong analogy.

Twitter thread from law professor Seth Abramson, why Trump colluded with Russia and all the timeline of events Link to the thread Its too many posts in this sub to know where and how to post this. Seth Abramson, who appears to have added more than 200,000 Twitter followers in the last six months, is a more interesting or at least more complicated case; his schtick is less credulous fabulism.

“In 20 years, we will look back and say Trump was the first metamodern president,” says Abramson. “He should not be viewed episodically. From moment to moment, he entertains us, scares us, provokes us, throws us off guard. He is able to manifest his own narratives and sub-narratives. He is the Internet, in the form of a man.”

Abramson was, at one point in his career, a public defender. Now he’s an academic, and an adherent to metamodernism, a philosophy that shapes his worldview, provides a framework for his understanding of the Trump-Russia story, and drives his motivations. Oh, and he also has roughly half a million Twitter followers who view his feed as a crystal ball for what the traditional media will be talking about in the future.

One of the hallmarks of the last 16 months, as the Trump-Russia investigation has risen in the public consciousness, has been the cottage industry of new media personalities. Whether it’s fame, TV-time, or simply to curry favor, it seems everyone has an angle.

None of these new media darlings are more prolific or relentless than Abramson, who is known for his daily Twitter threads that spell out his version of characters and events comprising the Trump-Russia story. Abramson’s tweets can be marathon-like efforts, spanning over 100 posts. Events like Trump’s 2013 trip to Russia for Miss Universe were covered extensively on Abramson’s feed prior to the mainstream media catching on, a fact that has given him a reputation for being early to connect events within the broader Russia story. However, he is also prone to take leaps of inference and states things still unproven with certainty—a habit that led his critics to label him a conspiracy theorist.

“Metamodernism is an evolution of postmodernism,” Abramson tells Observer. “It comes from people who acknowledge how terrible and fractured everything and everyone is but also see the Internet as a place of boundless self-creation and unfettered problem-solving. People who view strictly defined labels as obsolete. To be a metamodernist is to abandon thinking in polarities.”

Metamodernism is a framework that celebrates erasing boundaries and treats blurring reality as a creative force. Abramson points out that Trump as a candidate was able to improvise and harness the power of media, including memes and Reddit threads, by saying things intended to provoke virality. This form of speech resonated in a world that is increasingly peer-to-peer and that rejects smugness and inauthenticity. His repeated false claims at his rallies, all easily disprovable and delivered with a wink, blended the elements of a conjuring act with performance art. MAGA, as a message, worked because it resonated with people who felt forgotten or left behind.

Judging from his most active commenters, a large portion of Abramson’s followers fit a certain profile. They’re educated progressives who were shell-shocked by Trump’s victory and who realized for the first time that we are living in a new time where the old rules no longer apply. For this person, the Russia investigation holds special significance. The suspected crime represents the “robbing in broad daylight” nature of the Trump presidency, along with a deep-seated belief that the system will self-correct and hold him accountable.

Abramson’s feed, with his relentless coverage of the Russia story and his confidence in its eventual outcome, is a way to cope; a salve for those who want a return to a better, earlier time—a way of putting Humpty Dumpty back together.

If the metamodernist reconstructs what the Internet disassembled, then both Trump and Abramson are products of this same cultural moment. Metamodernism, to borrow from David Foster Wallace, can be described as “a romantic response to crisis.” But the crisis isn’t Trump. He is merely a symptom, or as Abramson says, a “manifestation.” The crisis is the information overload of the Internet age. Abramson’s Twitter feed is his response.

“The Trump-Russia investigation is merely the public face of a generational event… Certain events are so encompassing and of such duration and influence that they change how we process information.” He continued, “The Internet exploded the number of digital media outlets, and the popularization of social media increased exponentially our access to journalism. The results of these two developments are that journalists are no longer assured of having read all or even most of the work published on the topics they’re writing on, and news consumers are more likely than ever to have come across facts and connections that the journalists they’re reading haven’t.”

A perfect example of Abramson’s style is his thread on George Papadopoulos.

(THREAD) BREAKING: Trump Aide George Papadopoulos Had Extensive Secret Contact With Putin Ally, May Have Met Putin in Athens in May of 2016 pic.twitter.com/tfbRbACvjp 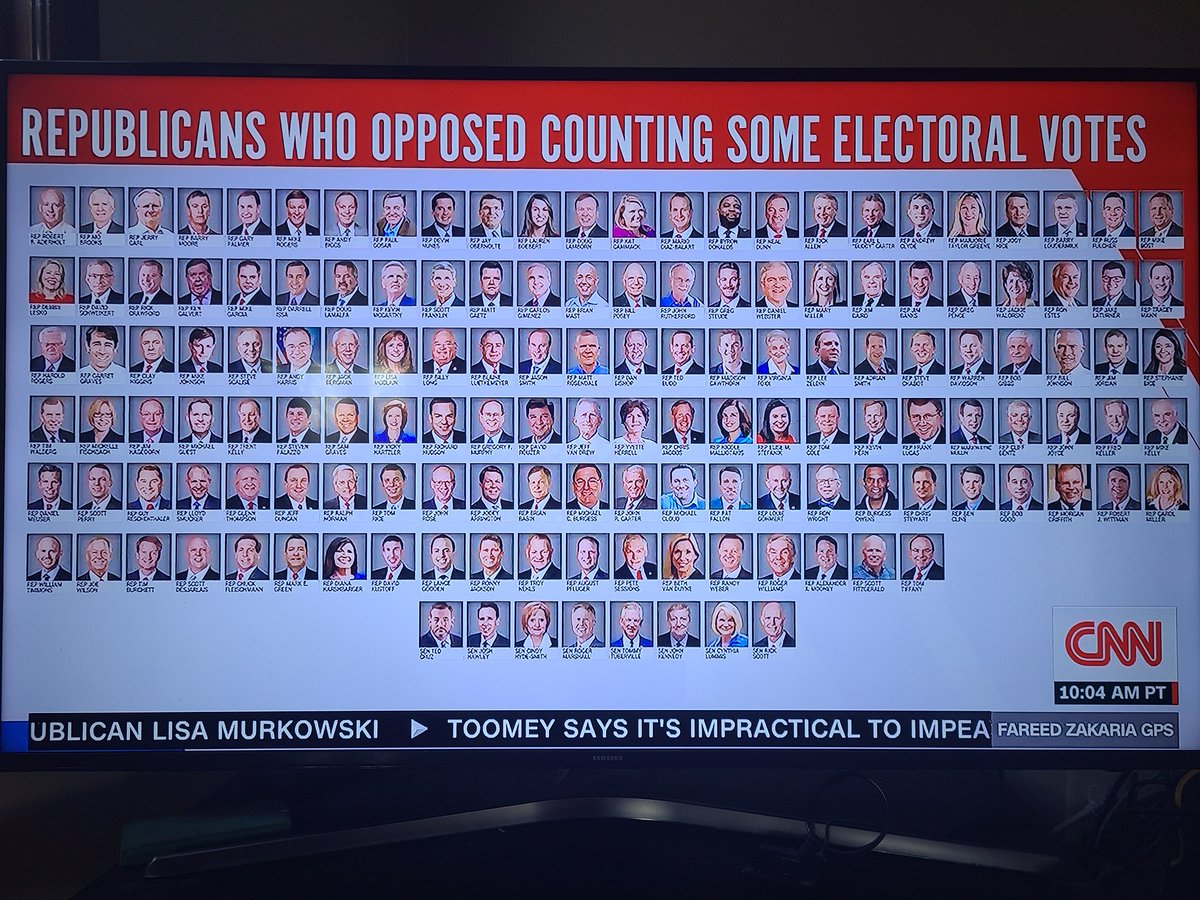 In this thread, Abramson makes the case that Papadopoulos, a member of Trump’s foreign policy team during the campaign who pleaded guilty to lying to the FBI and is cooperating with the special counsel’s investigation, used his close ties with the Greek government to possibly meet with Russian President Vladimir Putin during the campaign. To prove his point, Abramson pulls from multiple Russian and Greek outlets to recreate the story through contemporaneous accounts. Where Abramson’s critics see nothing more than liberal fever dreams, his fans see a plausible theory stitched together with information hiding in plain sight. At this time, we have no idea whether Abramson’s theory is correct. But in the same way that Don DeLillo’s Libra, a work of literary fiction, is sometimes a more helpful a guide to understanding the greater truths of the JFK assassination than the official Warren Commission Report, maybe it doesn’t matter. Besides, to the metamodernist, subjectivity and objectivity are false polarities anyways.

“People are becoming increasingly receptive to aggregation. You can’t sit around and listen to pundits or just crack open the [New York] Times like you could have three to four years ago and call it a day,” Abramson says. “And when the story being covered is as far-reaching and complex as the Trump-Russia story, this approach goes from being merely a curious affectation to being a necessity for journalists and news consumers alike.” 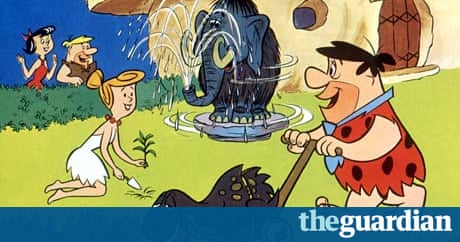 The idea that something has been broken is not unique to any one party or identity group. Many people it seems are searching for a return to something that has been lost. Abramson’s feed isn’t a panacea, but it is sincere in what it seeks to accomplish: to provide a way for people to make sense of a generational event, when the traditional tools for understanding have failed, and to use the tools of metamodernism to combat the first metamodern president.

“I do think of the feed as hopeful. But not in the way that people accuse me of. It’s not just the content,” he stated. “The crisis we face isn’t just Trump. It’s the information overload. Stimuli can change. But we can also change how we process that stimuli. There is hope in that.”