A Steam Ticket is an item players can earn from participating in the Steamworks minigame in Seliana. This is a minigame run by the Tech Chief that is a good way for Hunters to obtain extra items to. The Steamworks is a new Facility in Seliana, and is part of Monster Hunter World: Iceborne Expansion. By using the Steamworks, you’ll collect a ridiculous number of useful consumable items like Dust of Life and important items like Celestial Wyverian Prints.

Steamworks is a mini-game in Monster Hunter World. It was added in the Iceborne expansion, and you can play it in Selena, the hub in Hoarfrost Reach. It requires ores and crystals as fuel, and it pays out with various other items, like armor spheres and consumables. If you’re lucky, it can even help you obtain the Clockwork Armor set. A lot of people are confused by it, wondering whether it’s all random or if there’s a pattern they aren’t seeing. This guide is going to show you how the MHW Iceborne Steamworks mini-game works, so you can win that snazzy outfit.

How the Steamworks minigame works

First off, you need to store some fuel in the machine. It’ll take any ore or crystal you have. Make sure you use something you have an abundance of, but also keep track of the fuel values – it might be smarter to use three pieces of something which gives one hundred fuel, than three hundred pieces of something that provides only one. Once you’ve put in the fuel, you get to try your luck.

You’ll see a big pressure gauge, with three smaller ones in front of it. You need to press the three buttons that activate the small gauges in the correct order. The order is random, so just press the buttons however you want. If you guess right, the big gauge will fill up considerably. If you miss, it’ll fill up just a bit. With every guess, you’ll get a new item. Once you’ve filled up the big gauge three times (when the red bar reaches the end), you’ll have reached overdrive. This’ll net you some additional rewards and restart the mini-game. If you run out of fuel before this, you can continue later.

How to get Clockwork armor set

The Clockwork armor sets are both tied to playing the Steamworks mini-game. They require Steam tickets, which can only be obtained this way. You’ll need a bunch of other materials as well, but they can be obtained in the usual manner – by hunting and gathering. 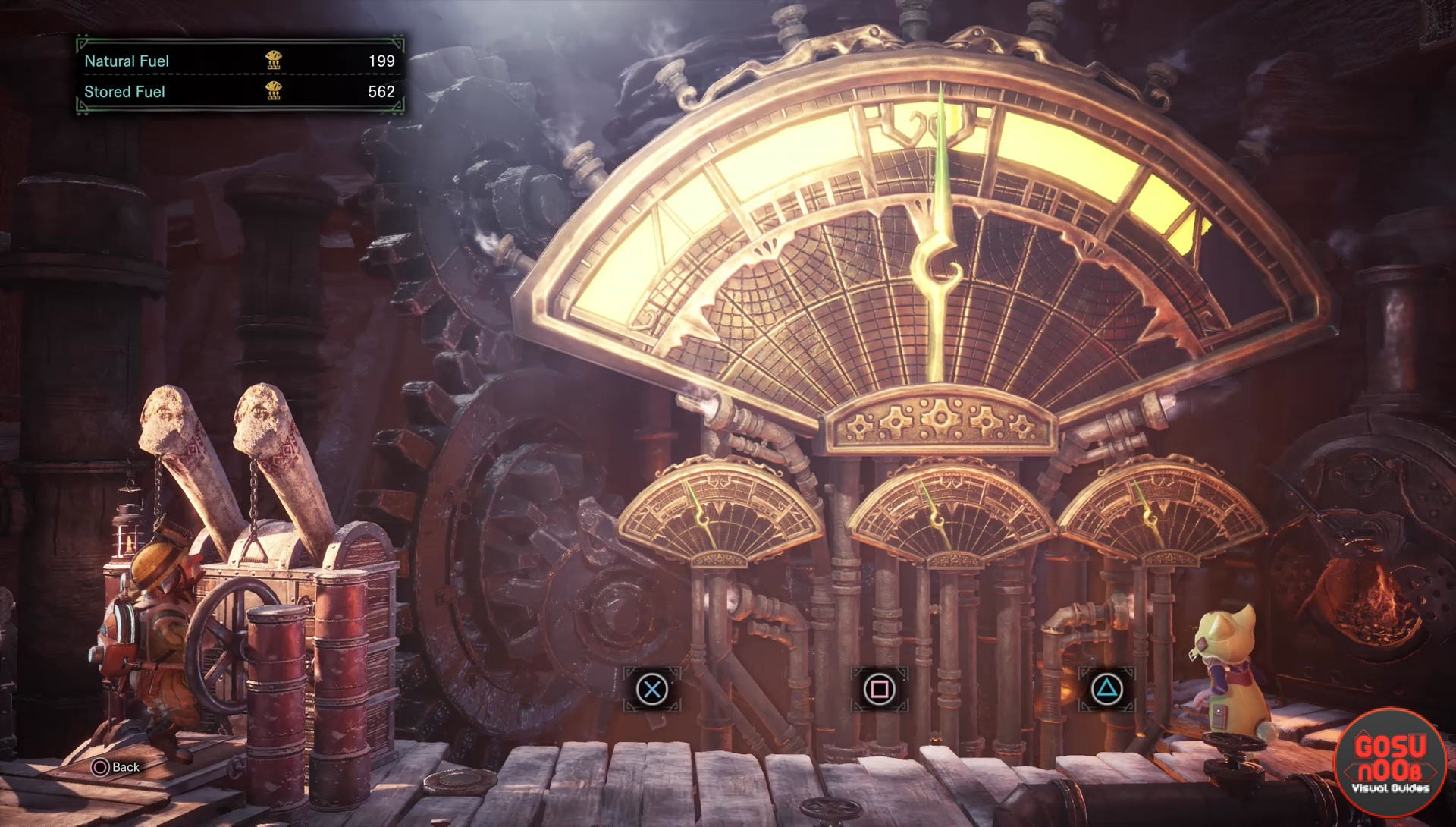 What is the Steamworks?

The steamworks is a special facility that powers the Seliana research base in Hoarfrost Reach. You can help keep the steamworks running by collecting special materials that the facility uses as fuel. Doing so allows you to access a mini-game where you can obtain rare items that will be helpful on hunts.

Completely filling up the steamworks engine’s gauge causes it to go into overdrive. This allows you to get a large amount of items in the mini-game.