The latest tweets from @iamcardib.

Politicians such as Maxine Waters can praise and encourage BLM/Antifa violence via Twitter, and they still have access. Iran's Ayatollah Ali Khamanei can send anti-Jewish and anti-Israel tweets, and he's still on the platform. But dare criticize rapper Cardi B over her depraved 2021 Grammy Awards 'performance' featuring her song, 'WAP,' which itself would have been censored pre–Sexual Devolution, and that's a suspension for you.

Ms. B and 'Megan Thee Stallion' at the Grammys.
YouTube screen grab.

That's what happened to me, anyway — ironically, while I was crafting a magazine essay on cancel culture. So, hey, sort of like a researcher in the midst of a set of experiments who then finds out he's going to be one of the test subjects, Twitter gave me some timely and personal material a day before my article deadline.

At issue was Cardi B's reaction to criticism leveled against her by commentator Candace Owens. She posted an old, suggestive photo of Melania Trump to justify her actions and asked why Owens had a problem with her. I then responded:

@iamcardib Maybe because you're acting like a greedy slut who's corrupting the young? Just a thought. Here's a pro tip: You don't justify bad behavior by citing other bad behavior. Children do that.

Apparently, this was too much for the Twitter twits, and they suspended me for violating their 'rules.' Really, though, I'm surprised it took so long. It apparently didn't faze the Twitter twits that I'd called them Twitter twits on their own platform for years or that I'd repeatedly (and correctly) identified their treasured 'transgenderism' in my tweets as the MUSS (Made-up Sexual Status) agenda.

But a reprobate woman worth $30 million must be protected from criticism, apparently. Twitter really had to reach for a violation rationale, though, as it sent me the following message:

You may not promote violence against or directly attack or threaten other people on the basis of race, ethnicity, national origin, caste, sexual orientation, gender, gender identity, religious affiliation, age, disability, or serious disease.

For the record, I didn't actually call the esteemed singer a 'slut,' but wrote that she was acting like one. But I'm befuddled: into which of the above categories does 'slut' fall?

Admittedly, I'm not 'woke.' But I'm pretty sure slut isn't a race, ethnicity, or nationality. I don't think it's a social class (caste), either. But does it describe some official caste in India, maybe one just above the 'untouchable' — the über-touchable? (If this is an inappropriate question, forgive me; I'm not a cultural anthropologist.)

Is slut now a 'gender' or 'gender identity'? The latter category's choices are metastasizing like the national debt, you know.

It also seems unlikely that 'slut' describes a religious affiliation; with how seriously the leftist sexual devolutionaries take their carnal pleasures. However, one can't be sure. And we can forget about age.

But does the status in question result from a disability or disease? Is there a sluterovirus plaguing the population? Anthony Fauci can get right on that one. Yet given that Two-Mask Tony has said 'hooking up' via a dating app is okay if you're willing to accept the risk (but, he also warned, you may never again be able to shake hands), it's unlikely he'll be pushing for a vaccine. 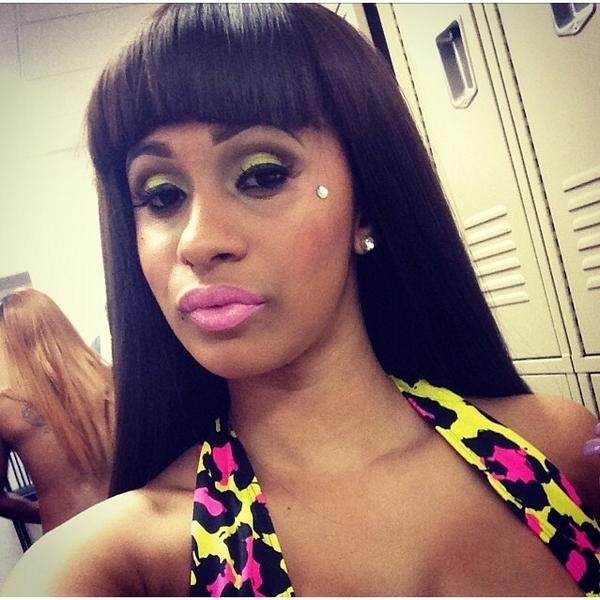 Anyway, Twitter wants me to be a 'good boy' and delete the tweet. This will never, ever happen. Given the filth and insult they allow (mainly from the left) on their platform, it's almost satirical to take issue with my message. I won't yield to the double-standard.

Why, just consider what motivated my response. I won't explicitly explain what 'WAP' stands for, but the first word is 'Wet.' The second is the a-word meaning 'derrière,' and the last is the p-word that can describe a feline. But, yeah, my tweet in response to Cardi B's Grammys performance — which featured simulated lesbian sex acts to the 'WAP' tune — is the problem.

By the way, if you think I'm judging the rapper harshly, note what she said just recently in response to critics who complained that she wasn't releasing enough new 'music.' 'I have so much pressure,' she informed. 'I'm working on a lot of s---...' You see, even she knows what she's creating.

All this said, after thinking things over, I realize that perhaps an apology is in order. So, yes, I'm genuinely sorry I compared sluts to Cardi B.