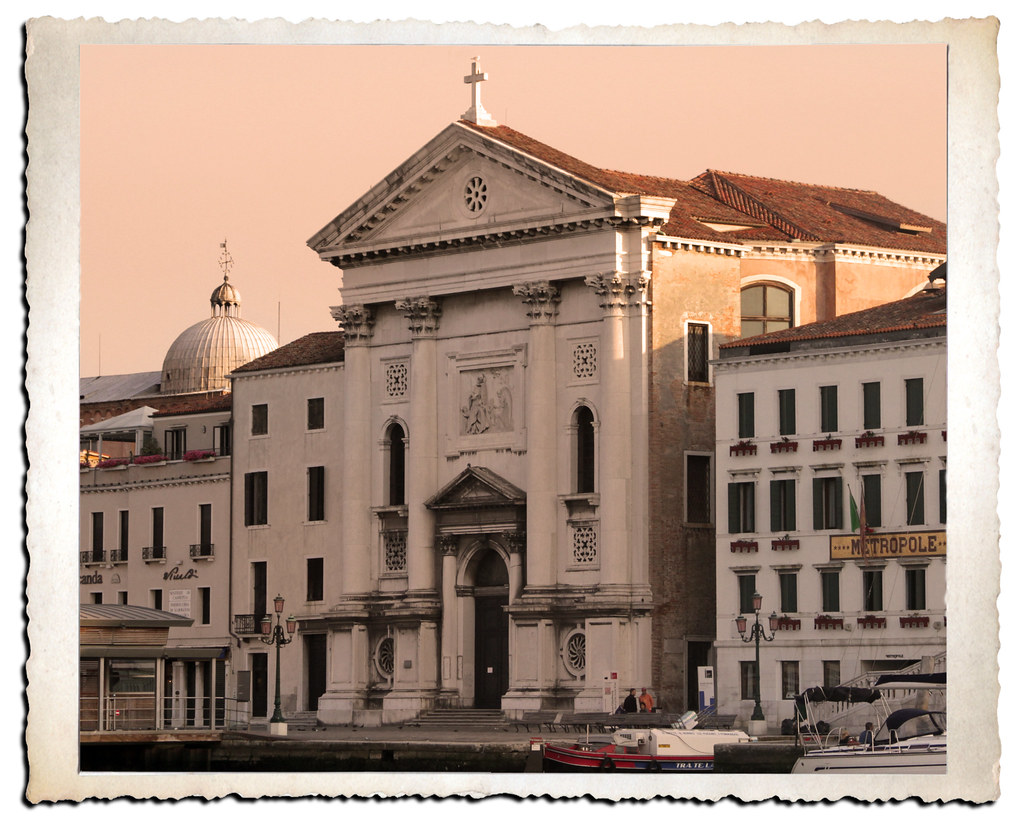 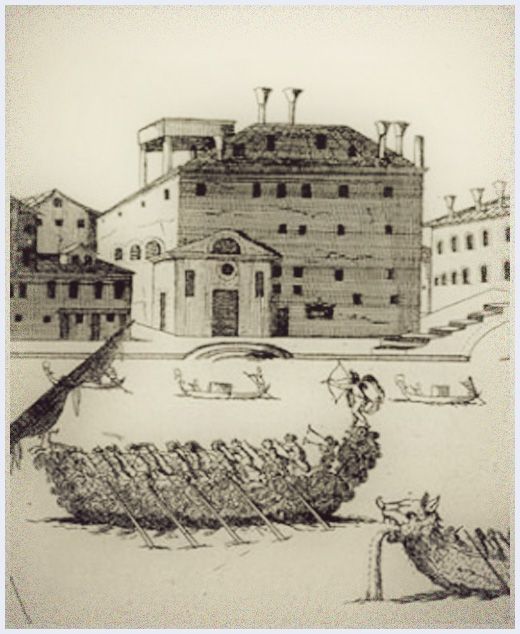 What was the Ospedale della Pieta'? It was a charitable institution that was established in the fourteenth century by a Franciscan priest to house and care for children that had been orphaned or abandoned. Children whose families were victims of plague, famine, or other misfortune were sheltered in the Pieta', as were many illegitimate children. Both boys and girls lived in the Pieta', but were kept distinctly apart in different buildings.
With growing numbers of children to feed, the Pieta' was always seeking contributions from wealthy patrons. In the seventeenth century, it found a remarkable way to increase donations: a 'choir' of girls, instrumentalists and vocalists, would perform for liturgical celebrations in this very Catholic environment, and people in Venice developed an interest in coming to see these girls. Girls were tested for musical aptitude when they were nine or so, and those who showed promise were given an extraordinary musical foundation. Even though hundreds of girls lived in the Pieta', only forty to sixty were in the orchestra. By the eighteenth century, the reputation of this all-female ensemble had spread through Europe and attracted visitors from all over the Continent, thus improving the revenue at the Pieta'.
The Ospedale della Pieta' still operates today as a non-profit agency that provides early childhood education and assists children and mothers in crisis situations. 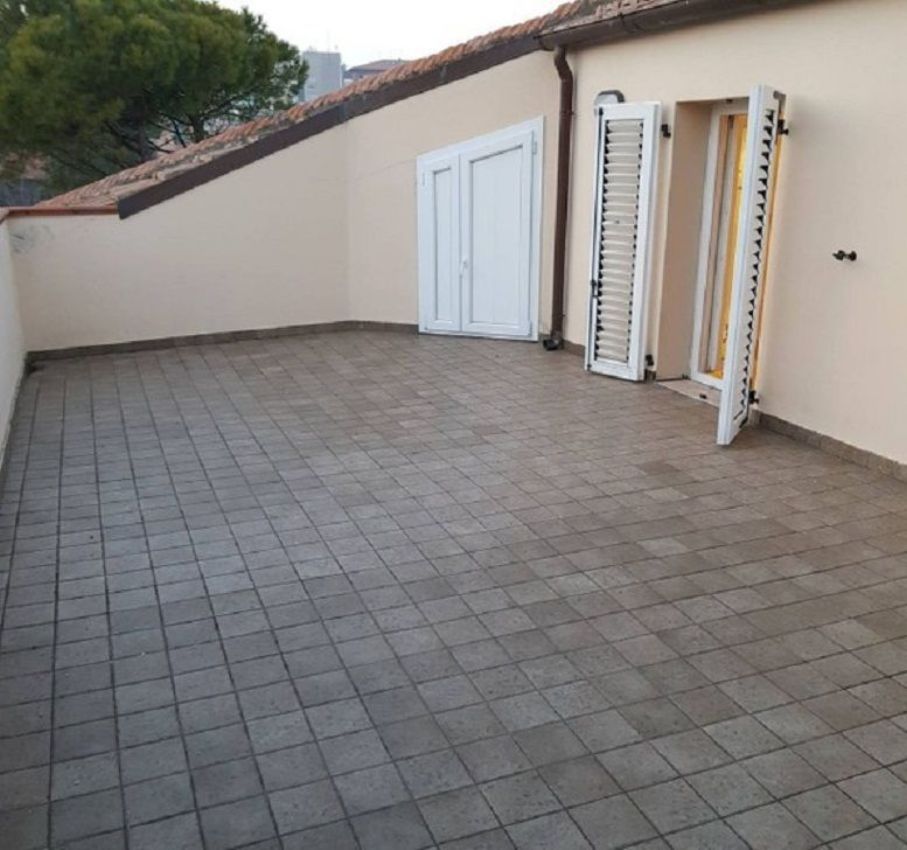 Vivaldi was called 'Il Prete Rosso,' The Red Priest.
The best-known teacher associated with the Pieta' was Antonio Vivaldi, born in 1678. At the age of twenty-five, he was ordained a Catholic priest and joined the staff of the Pieta' as 'master of violin.' He worked on and off there from 1703 until 1740, rising to the rank of concertmaster. During his time with the Pieta', he wrote countless compositions that featured the young musicians at sacred liturgies or Sunday afternoon concerts. Vivaldi suffered some sort of breathing affliction from infancy, and fits of coughing drove him away from the altar when celebrating Mass early on. Some have suggested that he might have been allergic to the incense.

However, that Vivaldi was meanwhile repeatedly in his native city is shown by the performances of no less than eleven operas in the years 1725 to 1735, four of them in the year 1726 alone. From 1735 on Vivaldi was again active at the Ospedale, and again the administrators tried.

Conductor and Violinist Rachell Ellen Wong leads the Seattle Symphony for the complete performance for Antonio Vivaldi’s The Four Seasons, on Thursday, October 22, 2020 at 7:30pm on Seattle Symphony Live.

Italian composer Antonio Vivaldi (1678–1741) famously said, “There are no words, there is only music there.” And yet, ironically, Vivaldi’s best-known work, Le Quattro stagioni (“The Four Seasons”), Op. 8, Nos. 1–4, is based upon a series of sonnets. These concerti can arguably be considered among the first truly programmatic pieces; that is, music that tells or follows a narrative. Although Vivaldi composed a wide range of genres, his concerti endure as one of his greatest contributions to the Western classical canon.

Vivaldi lived and worked in Baroque Venice. He was an ordained Catholic priest as well as a composer. For nearly thirty years he taught music and composed for an orphanage in the town, named Ospedale della Pietà. Vivaldi crafted an immense œuvre of concerti during this period, exploring the potential of conversations between soloist and orchestra. Although he did not compose The Four Seasons for the orphanage, the works were undoubtedly influenced by his compositions from that period.

Vivaldi composed The Four Seasons between 1716 and 1725. A typical Vivaldi concerto includes three movements, but there is only one sonnet to accompany each of the seasons. As a result, the sonnet breaks into three sections to follow the individual movements. As you listen to these concerti, let your imagination wander and fill with images. The first movement ofLa primavera (“Spring”), RV 269, arguably the most famous of Vivaldi’s works, reads: “Springtime is upon us. The birds celebrate her return with festive song, and murmuring streams are softly caressed by the breezes. Thunderstorms, those heralds of Spring, roar, casting their dark mantle over heaven. Then they die away to silence, and the birds take up their charming songs once more.” Many cues in this sonnet appear in the music, such as the celebrating bird in the solo violin and the murmuring streams in the string accompaniment. The second movement continues: “On the flower-strewn meadow, with leafy branches rustling overhead, the goat-herd sleeps, his faithful dog beside him.” In this Largo, pay attention to the branches rustling overhead in the ensemble and the slow breathing of the faithful dog. The final movement brings the frivolity and joy of spring: “Led by the festive sound of rustic bagpipes, nymphs and shepherds lightly dance beneath the brilliant canopy of spring.”

Following the whimsical wonders of spring is the intense heat and fierce thunderstorms found in L’estate (“Summer”), RV 315. The first movement begins with a slow introduction that reflects the opening lines of the sonnet: “Beneath the blazing sun’s relentless heat, men and flocks are sweltering, pines are scorched.” When the solo violin enters, however, the piece suddenly becomes fast and furious. During this movement, listen for the violin imitating the sounds of birds and Vivaldi’s subtle transition to the promise of a storm: “We hear the cuckoo’s voice; then sweet songs of the turtle dove and finch are heard. Soft breezes stir the air, but threatening north winds sweeps them suddenly aside. The shepherd trembles, fearful of violent storms and what may lie ahead.” The brief second movement features a slow meditation, highlighting the shepherd’s anxiety: “His limbs are now awakened from their repose by fear of lightning's flash and thunder's roar, as gnats and flies buzz furiously around.” Following this moment of reflection, the dramatic third movement brings the storm: “Alas, his worst fears were justified, as the heavens roar and great hailstones beat down upon the proudly standing corn.” Listen for the solo violin mimicking the rain pouring down while the accompanying orchestra plays bursts of thunder and lightning.

The subsequent concerto, L’autunno (“Autumn”), RV 293, celebrates the harvest with rousing dances and hunts. Listen for a lively dance in the first movement depicting the end of the harvest and the solo violin mimicking an overflowing cup of wine: “The peasant celebrates with song and dance for the harvest safely gathered in. The cup of Bacchus flows freely and many find their relief in deep slumber.” In contrast, the second movement brings peace and sleep: “The singing and the dancing die away as cooling breezes fan the pleasant air, inviting all to sleep without a care.” Vivaldi paints this serene picture with a slow tempo and harmonious chords. All instruments move together — including the solo violin — to transport listeners into a tranquil state. The third movement, however, features an exhilarating hunt: “The hunters emerge at dawn, ready for the chase, with horns and dogs and cries. Their quarry flees while they give chase. Terrified and wounded, the prey struggles on, but, harried, dies.” Listen for the strings imitating hunting horns, guns and dogs while the solo violin leads the chase.

Vivaldi’s The Four Seasons concludes with biting winds and idyllic images by the fire in L’inverno (“Winter”), RV 297. Imagine the brisk chill of winter upon you in the joyful first movement: “Shivering, frozen mid the frosty snow in biting, stinging winds; running to and fro to stamp one’s icy feet, teeth chattering in the bitter chill.” The runs in the solo violin perfectly encapsulate the brisk chill found in the air. In contrast, the second movement transfers indoors: “To rest contentedly beside the hearth, while those outside are drenched by pouring rain.” The solo violin presents a lyrical, reflective melody as the strings play simple accompaniment underneath. Vivaldi layers images in this movement, adding plucking strings in the background as a subtle nod to the rain outside. The final movement of tonight’s program is a fast and frenzied depiction of winter’s dangers: “We tread the icy path slowly and cautiously, for fear of tripping and falling. Then turn abruptly, slip, crash on the ground and, rising, hasten on across the ice lest it cracks up. We feel the chill north winds course through the home despite the locked and bolted doors. This is winter, which nonetheless brings its own delights.” The solo violin begins with runs before the strings join in for an ominous illustration of cracking ice and bracing winds. The concerto concludes with the solo violin scampering indoors in attempts to escape the winter frigidity.