Kyle Floyd, CEO of VOX Royalty (TSX.V:VOX – US:VOXCF) joins me to provide a comprehensive overview of the Company’s royalty portfolio and what sets its strategy apart from the other new royalty companies. We discuss how the Company was created and ran privately 7 years ago. We also breakdown all the royalties in terms of jurisdiction and asset stage.

Upcoming Webinar – April 21th @ 11pm PDT (2pm EDT) – Featuring Aztec Minerals (TSX.V:AZT & OTCQB:AZZTF) upcoming drill programs at the Tombstone Property, in Arizona and Cervantes Property, in Mexico. Simon Dyakowski, President and CEO of Aztec will join me to outline the drill programs and answer any of your questions. Please email me you questions to [email protected]

NOT FOR DISTRIBUTION TO U.S. NEWSWIRE SERVICES OR FOR DISSEMINATION
IN THE UNITED STATES

TORONTO, May 07, 2020 (GLOBE NEWSWIRE) -- AIM3 Ventures Inc. (TSXV: AIMC.P) (“AIM3” or the “Company”) and SilverStream SEZC (dba Vox Royalty) (“Vox”) are pleased to announce the closing of the previously announced brokered private placement of subscription receipts of Vox (“Subscription Receipts”) for aggregate gross proceeds of approximately C$13.75 million (the “Offering”). The Offering has been completed in connection with the proposed reverse take-over transaction between Vox and the Company, as described in the Company’s press releases dated March 2, 2020 and April 28, 2020 (the “Qualifying Transaction”).

The Offering was led by a syndicate of agents including Paradigm Capital Inc. (the “Lead Agent”), as lead agent, and Canaccord Genuity Corp., PI Financial Corp. and Jett Capital Advisors, LLC (collectively with the Lead Agent, the “Agents”).

“We are thrilled with the successful outcome of this Offering. Vox initially targeted to raise C$7 million – C$12 million as disclosed in March. However, investor interest exceeded expectations in a time of heightened market volatility due to the pandemic. On behalf of the entire Vox team and our placement Agents we thank our new shareholders for their interest and investment. We are also particularly grateful for the unwavering support of our existing shareholders who have supported us as a private company since 2014. Proceeds from this financing will enable us to build on our aggressive industry-leading royalty acquisition growth profile.”

Each Vox Warrant will be exercisable to acquire one Vox Share at a price of C$4.50 until the date that is 24 months following the date of satisfaction and/or waiver of the Escrow Release Conditions. In connection with the closing of the Qualifying Transaction, upon their issuance, the Vox Shares and the Vox Warrants underlying the Subscription Receipts will be immediately and automatically exchanged for ordinary shares of the Company (“Resulting Issuer Shares”) and ordinary share purchase warrants of the Company (“Resulting Issuer Warrants”), respectively.

The gross proceeds from the sale of the Subscription Receipts, less the Agents’ expenses and 50% of the Agents’ commission, are deposited with and held in escrow by TSX Trust Company in accordance with a subscription receipt agreement dated May 7, 2020 among Vox, TSX Trust Company and the Lead Agent, and will be released to Vox upon satisfaction and/or waiver of the Escrow Release Conditions, less the remaining 50% of the Agents’ commission payable to the Agents out of such funds at such time. If the Escrow Release Conditions are satisfied and/or waived on or before 5:00 p.m. (Toronto time) on September 4, 2020, the escrowed proceeds from the Offering will be released as set out above. If the Escrow Release Conditions are not satisfied and/or waived on or before 5:00 p.m. (Toronto time) on September 4, 2020, or the Qualifying Transaction is terminated at an earlier time, the gross proceeds and pro rata entitlement to interest earned on the escrowed proceeds will be paid to holders of the Subscription Receipts and the Subscription Receipts will be cancelled. Any shortfall in the amount to be returned to holders of Subscription Receipts will be covered by Vox.

In connection with the Offering, Vox has agreed to pay to the Agents a cash commission representing 6% of the gross proceeds of the Offering, excluding any proceeds from the sale of Subscription Receipts to subscribers on the “president’s list”. The Agents also received compensation warrants (“Compensation Warrants”) exercisable to acquire such number of Vox Shares as is equal to 6% of the number of Subscription Receipts issued as part of the Offering, excluding any Subscription Receipts issued to subscribers on the president’s list. Each Compensation Warrant will be exercisable to acquire one Vox Share at a price of C$3.00 for a period of 24 months following the closing date of the Offering. In connection with the closing of the Qualifying Transaction, the Compensation Warrants will be exchanged for ordinary share purchase warrants of the Company.

Vox is a growth focused mining royalty and streaming company that was incorporated under the Companies Law of the Cayman Islands as a Special Economic Zone Company on January 22, 2014. Vox has a portfolio of 37 royalties and streaming assets, including 9 royalties and streams and 1 royalty option and it has entered into binding letters of intent and agreements to acquire an additional 27 royalties. Vox’s interests span seven jurisdictions, including Australia, Canada, Peru, Brazil, Mexico, the United States and Madagascar. Vox has royalties and agreements to acquire royalties on producing mines in addition to royalties over several long-life, development-stage assets. Recognizing the upside potential of exploration success, Vox also acquires and holds a portfolio of royalties over exploration-stage assets. Vox has been the fastest growing royalty & streaming acquisition company since January-2019, announcing 11 separate royalty transactions.

AIM3 was incorporated under the Business Corporations Act (Ontario) on February 20, 2018 and is a Capital Pool Company (as defined in the TSX Venture Exchange (the “TSXV”) Corporate Finance Manual) listed on the TSXV. AIM3 has no commercial operations and no assets other than cash. 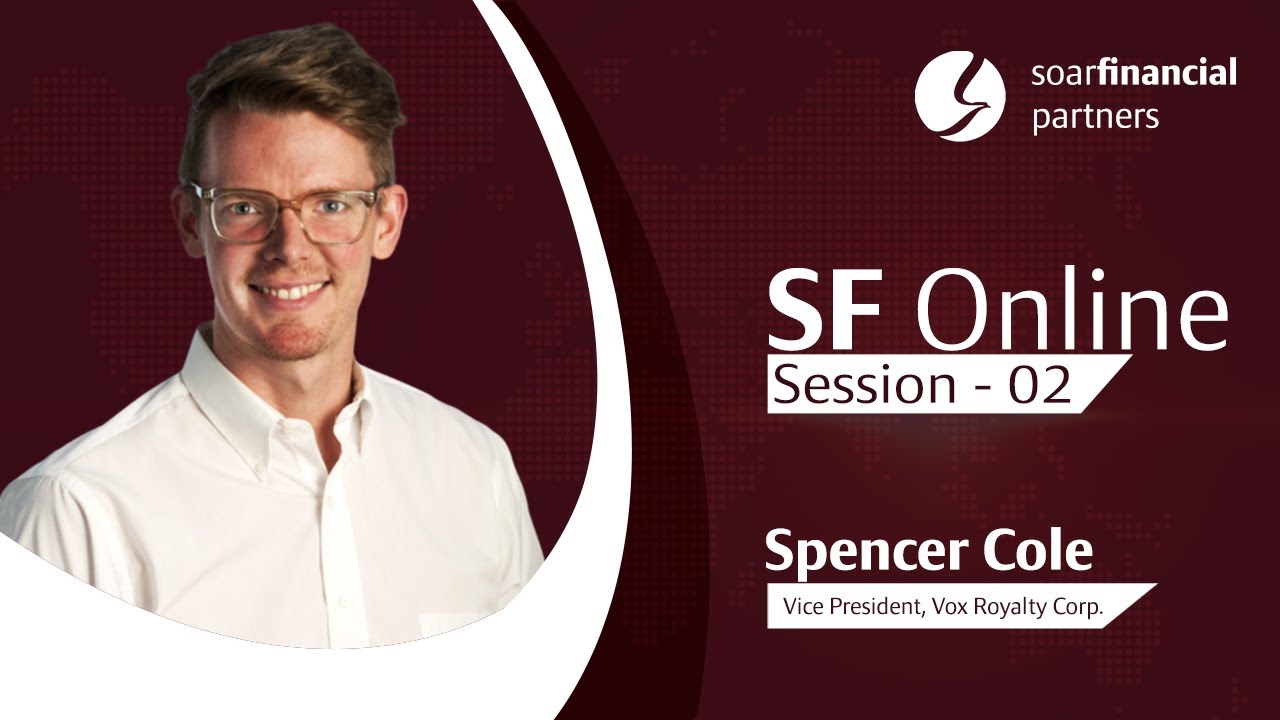 Investors are cautioned that, except as disclosed in the management information circular dated February 26, 2020 or the filing statement to be prepared in connection with the Qualifying Transaction, any information released or received with respect to the Qualifying Transaction may not be accurate or complete and should not be relied upon. Trading in the securities of a capital pool company should be considered highly speculative.

The TSX Venture Exchange Inc. has in no way passed upon the merits of the proposed Qualifying Transaction and has neither approved nor disapproved the contents of this press release.