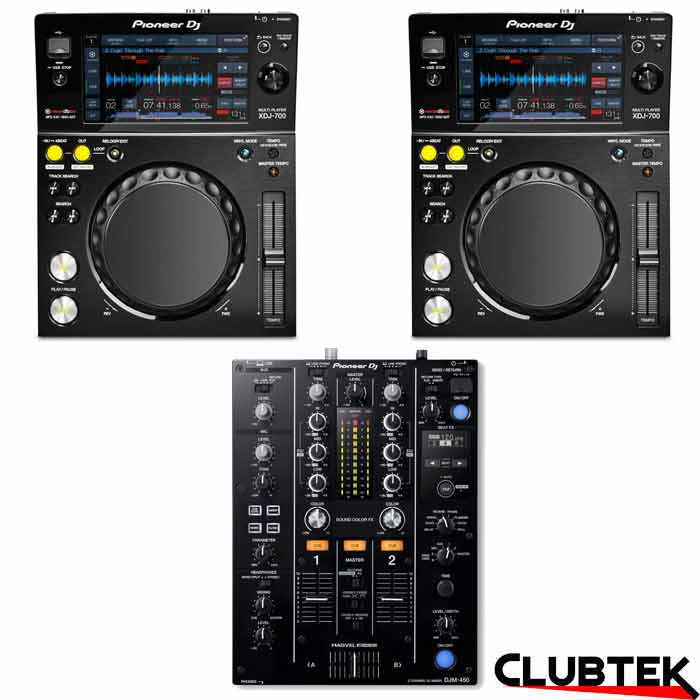 By comparison, XDJ-1000s weigh 3.3kg each, while a CDJ-2000 Nexus will tip the scales at 4.7kg. That might still only be a few kilos difference for a full setup, but it does make the XDJ-700 the most portable standalone player in the XDJ/CDJ range by quite some distance.

In this era or built-in obsolescence and relentless 12-month marketing cycles, it’s all too common to find manufacturers ‘updating’ their products for reasons that could be considered at best spurious and at worst deeply cynical. At the other end of the spectrum, there are products built to last, updated to suit the end user’s changing needs, as and when that may be necessary.

Pioneer’s XDJ-700 ‘multi player’ falls distinctly into the latter category. This is part of a nascent product range clearly driven by a shift in the demands of DJs who use pioneers industry-standard CDJs. Thanks to the proliferation of affordable solid-state media (in the case of the CDJ range, USB sticks and SD cards), DJs have been abandoning CDs in their droves. The very format that made the CDJ so revolutionary when it started to make headway in the DJ market back in the mid 1990s has become peripheral to the overall experience. The solution is obvious: create a version which omits the CD transport, allowing you to make – all other things being equal – a smaller, lighter and (most importantly) cheaper device which retains the rest of the functionality.

However, the specification of the XDJ-700 doesn’t quite compare to any CDJ model; it’s not quite as simple as saying that the XDJ-700 is a particular CDJ with the CD mechanism taken out. The closest in terms of price is the €649 CDJ-350, but the feature set is notably different. The 700 slots in at a similar price point, but despite being a much smaller unit than the XDJ-1000 or CDJ-2000, it features a 7-inch colour LCD touchscreen. That’s the kind of feature that would be notable in more expensive CDJ models, but there are also areas where costs have obviously been cut: there’s no SD card support (just USB or the less popular smartphone option), and the build quality leans a little more to the consumer side than the professional CDJ units.

The XDJ-700s are well built for the price, but they do feel light and slightly plasticky. Instead of built-in power supplies, they use They’re also significantly shallower than standard CDJs, with the flat panel sitting just 6cm proud of the surface they’re placed on. That small form means the 700 would sit at a lower height than most other DJ gear so, to compensate, Pioneer supply the units with an optional stand, which brings them up to standard mixer height (approximately 3cm higher). Without the stand, the 700s sit at a similar height to most digital DJ controllers, such as the NI Kontrol units.

Not only are the 700s small, they’re also incredibly light compared to any other CDJ or XDJ models, at just 2kg each. By comparison, XDJ-1000s weigh 3.3kg each, while a CDJ-2000 Nexus will tip the scales at 4.7kg. That might still only be a few kilos difference for a full setup, but it does make the XDJ-700 the most portable standalone player in the XDJ/CDJ range by quite some distance. Despite these obvious differences, the bottom line is that the user experience of the XDJs has much in common with the far more expensive CDJ models. Yes, the smaller jog wheel is a clear step down, but given the price difference compared to the like of the CDJ-2000NXS2 (€2,299) that seems completely justified. The XDJ-700 is clearly an entry-level model, but it offers newcomers to the Pioneer range the opportunity to develop their skills without splashing out on a pair of the more expensive players.

There are caveats, of course. Firstly, it goes without saying that the XDJ-700 is the budget model in the standalone XDJ range – it sits below the XDJ-1000, which offers additional features such as the larger jog wheel with track position display, and the familiar vinyl speed control. Secondly, Pioneer’s range is easy to navigate if you’re only interested in CDJs – the more you spend, the better they get – but if you’re considering the XDJ-700 you may also be tempted by the all-in-one XDJ units. A pair of XDJ-700s is a bit more expensive than an XDJ-Aero or XDJ-R1 (€999 and €1,049 respectively, both including a built-in mixer). The XDJ-RX, at €1,599, might be a closer comparison, but the XDJ-700s have a lot going for them: you can choose your own mixer, there’s a clearer upgrade path, and the resale value is likely to be higher. It’s also important not to underestimate the fact that they look and feel more like a pair of CDJs than any of the all-in-one XDJ models.

The XDJ-700, like its more expensive sibling the XDJ-1000, is not (yet) intended to replace the company’s flagship CDJ-2000 Nexus deck, but there’s a strong suggestion that this could be an approach we see adopted by the more expensive models in the range before too long. Don’t be surprised if the idea of a CD-less CDJ becomes the norm over the next few years. For now, the XDJ-700 represents an affordable entry point to the world of standalone Pioneer players. 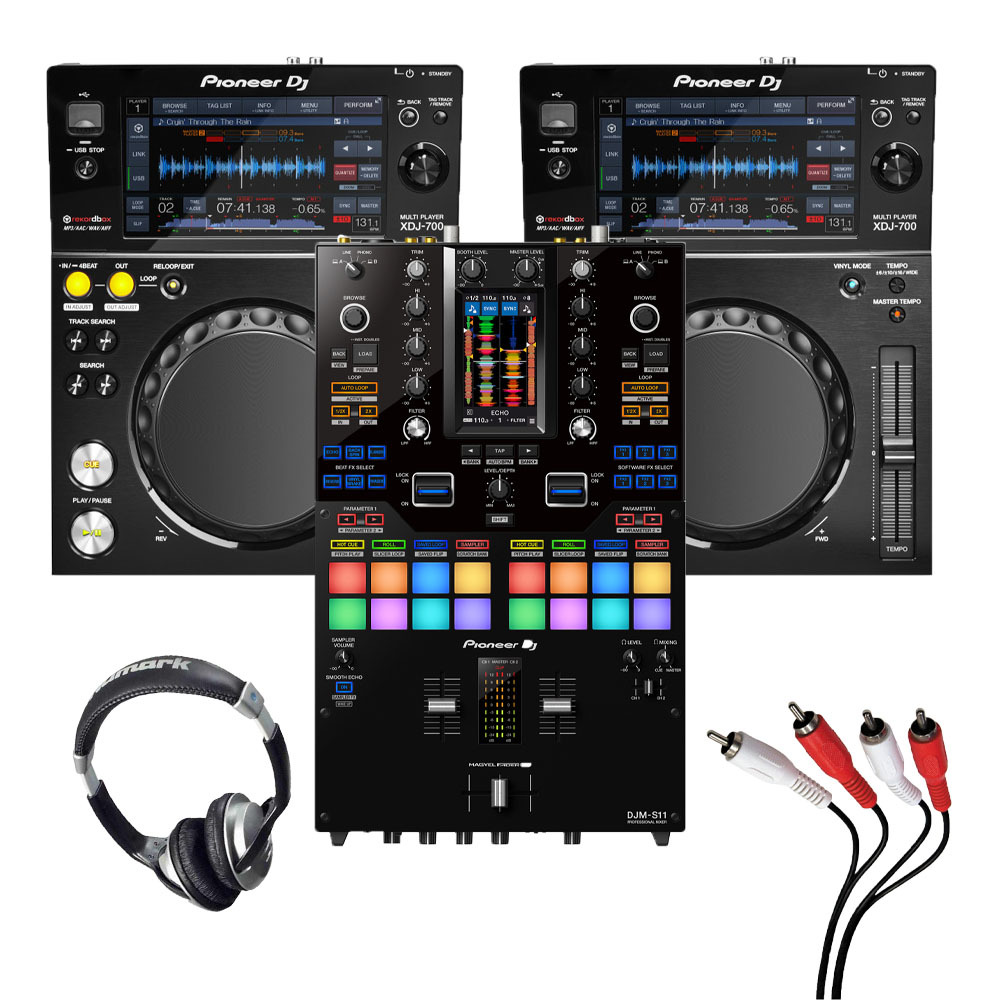 Ease of Use
Overall